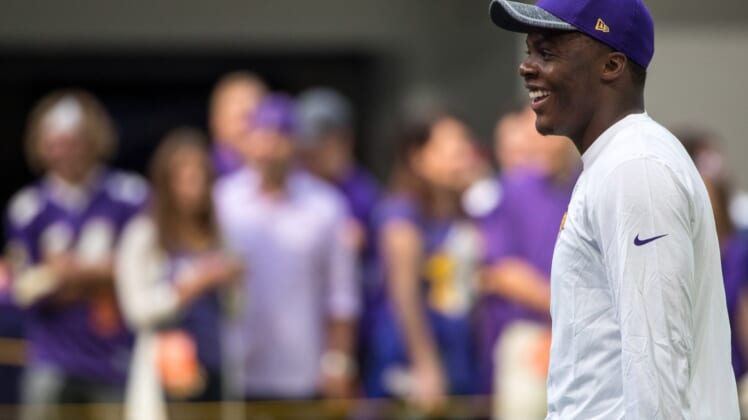 The Minnesota Vikings activated Sam Bradford this week and will now be counting on him to be Case Keenum’s backup Sunday against the New Orleans Saints. As such, Teddy Bridgewater will be inactive for the upcoming Divisional Playoff Game.

Vikings CB Terence Newman (foot) is active today; Vikings QB Teddy Bridgewater is inactive and Sam Bradford will be the No. 2 QB.

While we figured Bradford would be the backup, it’s kind of telling that Bridgewater is inactive. Even if it’s just foreshadowing how the team might view the quarterback situation moving forward.

Bridgewater has been healthy and active for weeks now and actually appeared in a game this past year. So health isn’t the big deal. The big deal is that, obviously, the Vikings see Bradford as the more viable option in a must-win game.

Whether this means Bridgewater’s long-term future in Minnesota is in doubt remains to be seen. However, he, Keenum and Bradford will all be free agents this upcoming spring if they are not re-signed by the Vikings.