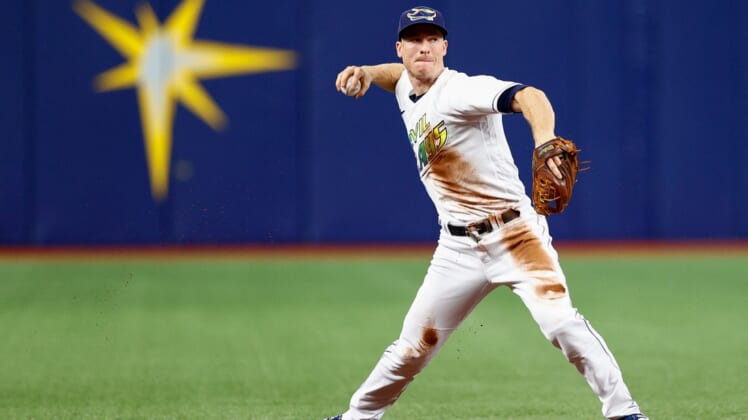 The Miami Marlins acquired infielder Joey Wendle from the Tampa Bay Rays in exchange for prospect Kameron Misner on Tuesday.

On defense, he spent most of his time at third base but also played shortstop and second base.

Misner, 23, has played outfield and first base across four seasons in Miami’s minor league system. This year, he hit a combined .253 with 12 homers and 59 RBIs in over 102 games in high Class-A and Double-A.