Tampa Bay Buccaneers willing to be patient with Rob Gronkowski 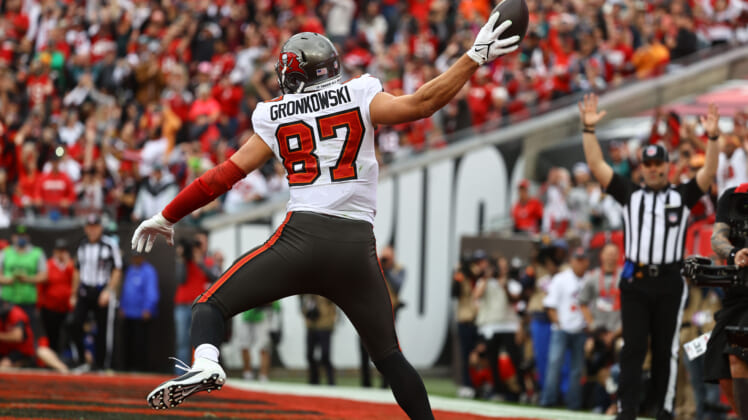 We’ve been here before with Rob Gronkowski, where he remains without a team for a long stretch of the offseason. He’s even retired before, spending an entire year out of football after his nine-year career with the New England Patriots.

Once Tom Brady joined the Tampa Bay Buccaneers, Gronk wanted back in. Now that Gronkowski’s contract with the Bucs has expired, the five-time Pro Bowl tight end is an unrestricted free agent, available for any of the 32 NFL teams to sign.

Sure, TB12 provided a scare by retiring for about 40 days, but he’s back for another run with the Buccaneers. The expectation was that Gronk would follow shortly behind him. That hasn’t been the case.

Early on there were links with Gronkowski having an interest in joining the Cincinnati Bengals, being intrigued by the possibility of catching passes from Joe Burrow. Then Gronk also had some fun, saying he kinda wants to let Brady sweat it out for a while before announcing his return.

Of course, it’s also possible he is done, choosing to live the retirement life once again. With the personality Gronk has, he could find success with several different business ventures.

Meanwhile in the 2022 NFL Draft, the Bucs drafted two tight ends, just in case Gronkowski won’t return for a third season in the Pewter and Gold. In the fourth round, with pick 106, they selected Cade Otton, at 2018, it was Ko Kieft.

They also have Cameron Brate at the tight end position, but none of these players will get in Gronk’s way, should he decide to return. In fact, the Bucs are leaving the light on for him, just in case.

“I’m still giving him that time,” Licht said Friday night prior to the Buccaneers’ selection. “We still talk. I think it didn’t matter if we drafted two tight ends. It wouldn’t matter. I think Rob welcomes that; the more the merrier for him. So that doesn’t show our hand on or foretell what’s going to happen in the future.”

Chances are Gronkowski wants to return for a chance to win a fifth Super Bowl ring with Brady, he just might not want to go through a full training camp at age 32, soon to be 33 in May.

We’ll see what ultimately happens with the talented tight end. Hopefully we’ll get to see more Gronk spikes in 2022.