The honeymoon phase for Rob Gronkowski and the Tampa Bay Buccaneers is over. Tom Brady retired shortly after the Bucs got kicked out of the playoffs in the Divisional Round and the team also has several key starters set for free agency, including Gronk.

While he’s scheduled to be an unrestricted free agent, there’s no guarantee the 11-year NFL veteran returns for a 12th season. A few weeks ago he was asked if he had to make a decision right now, would he hang up his cleats, or would he return? His answer was that if forced to decide at that moment, he’d retire.

There’s no guarantee his feelings change throughout the offseason, but after retiring once before and sitting out an entire season before reconnecting with TB12 in Tampa, it wouldn’t surprise anyone if Gronk called it quits. Especially now that Brady officially has.

Gronk, 33 next season, will have no shortage of suitors in free agency. A four-time Super Bowl winner, if he wants to chase a fifth, Gronk may be more inclined to try and sign with a championship contender. 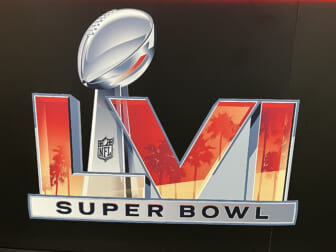 In a Q&A with Autograph, the expressive tight end offered some additional insight into what he may be seeking in free agency. Specifically, which quarterback has impressed him, if he can’t keep playing with TB12.

“I kinda like this young buck quarterback. He’s in the Super Bowl now: It’s Joe Burrow, man,” Gronkowski said. “I watched him in college. I just love the way he presents himself out on the football field. In the pocket he’s just so calm and he just slings it out on the field.

“I just love his swag, too. If I had to pick a quarterback it’d be the young buck Joe Burrow,” Gronkowski reiterated. “He’s killing it right now in the game.”

Like everyone else, Rob Gronkowski is impressed by Burrow’s ability to reach the Super Bowl in just his second season. Cincinnati will have over $50 million in cap space this offseason and if they wish to pursue a winner like Gronk, they just might have the means to sign him.

Of course, the Bengals would be quick to remind all of us, C.J. Uzomah is pretty good too and is coming off a career-high 493 receiving yards and five touchdown receptions himself. Yet, if they have the opportunity to add a player of Gronk’s caliber to their already high-powered offense, it would be hard to turn down. 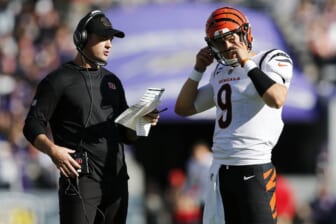