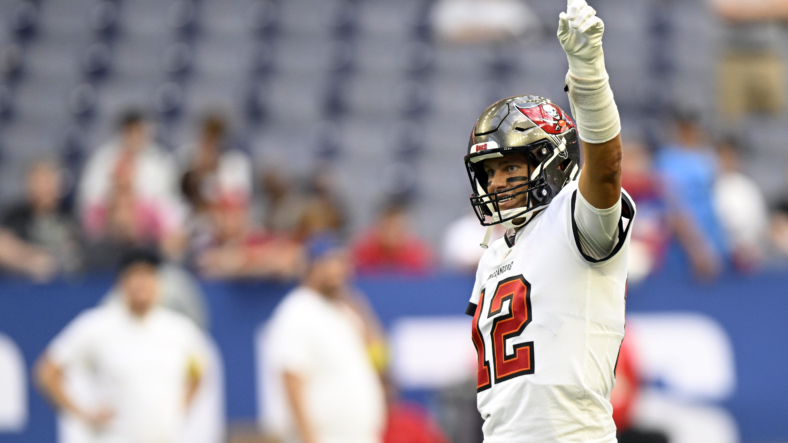 NFL teams finalized their initial 53-man rosters on Tuesday, a crucial step before the 2022 season. While there is a mix of youth and experience on every club, the Tampa Bay Buccaneers roster is the oldest in the NFL and it’s not particularly close.

It shouldn’t come as surprise considering quarterback Tom Brady came out of retirement, inspiring Tampa Bay to take the all-in approach with veterans who want to win a Super Bowl. Brady, who is set to become the oldest starting skill player in NFL history, certainly helps entering his age-45 season.

Jimmy Kempski of Philly Voice broke down all 32 rosters after Tuesday’s round of cuts. While there might be some changes in the average ages for certain clubs following free-agent signings and claims, the Buccaneers have a decent lead for the title of the oldest NFL roster.

Putting the Buccaneers’ average age into perspective, only 11-of-32 NFL teams have an average age of 26-plus years old heading into the season. As for the youngest NFL roster, the title belongs to the Cleveland Browns (25) with the Detroit Lions (25.1), Dallas Cowboys (25.2) and Jacksonville Jaguars (25.4) close behind.

Tampa Bay’s roster won’t get any younger when it places 31-year-old center Ryan Jensen on injured reserve then re-signs 31-year-old defensive back Logan Ryan. As for the rumors of Julian Edelman making an NFL comeback, the 36-year-old wideout would make the Buccaneers’ roster even older as would Rob Gronkowski (33).

Related: Tom Brady says he would only play for Tampa Bay Buccaneers

Age isn’t a bad thing for the Buccaneers. This is a team near the top of NFL power rankings with many projecting Brady and Co. to represent the NFC in the 2023 Super Bowl. Tampa Bay built its roster this way intentionally and while there might be some long-term risks, it’s worth it to hoist the Lombardi Trophy one more time.

As for the other oldest NFL rosters, the Saints and Cardinals are both viable playoff contenders but they have flaws that prevent them from being Super Bowl contenders. Meanwhile, Houston’s roster is on the older side because it signed veterans to one-year deals as the regime tries to create a culture for the future.