On Sunday night, the Dallas Cowboys and San Francisco 49ers closed out Divisional Round weekend with an old-school defensive war inside Levi Stadium. However, much like their matchup last year, the San Francisco defense was able to push their team ahead in the NFL Playoffs.

Cowboys vs. 49ers was the matchup this weekend that had casual NFL fans interested. The two franchises are a pair of the most storied in league history and have devoted fan bases all over the country. However, because of their success, this game was the ninth time they have battled in the postseason, and for a second straight season.

While both teams had offenses that were effective at putting points on the board for much of the season, it was the defenses that starred on Sunday as each offense was held to a touchdown a piece in a war of defense and field goals. In the end, the San Francisco 49ers’ elite squad was just that much better and stifled Dak Prescott and the Cowboys all day long.

With the NFC West champions headed to the conference title game and Dallas left to contemplate another earlier-than-hoped playoff exit, let’s look at the biggest takeaways from the 49ers vs. Cowboys in the NFL Divisional Round.

While the Dallas Cowboys’ offense is one of the better units in the league, San Francisco’s defense is just on another level and they showed it on Sunday night. They bottled up Dallas’ best skills players and forced Prescott into two ugly interceptions.

The game-ending injury for Tony Pollard also severely hampered the Cowboys’ offense as the run game only posted a measly 76 total yards on the night. The passing game wasn’t much better because, after CeeDee Lamb’s strong 117-yard performance, a tie between two players with 27 yards was the next-best tally in the receiving department. The San Francisco 49ers’ defense is a beast.

Is Prescott a high-level QB in the NFL? Of course. Is he a signal-caller many teams would love to have running their offense? Absolutely. Is he one of the elites in his position? No. Does he deliver in the biggest of games for the Dallas Cowboys? No, again.

Dallas is paying Prescott the type of money where he needs to deliver just like star contemporaries Patrick Mahomes, Joe Burrow, and Josh Allen. In the regular season he can, but on Sunday the veteran QB lost in the Divisional Round for the third time in four playoff appearances. He has yet to bring his team to the NFC Championship. 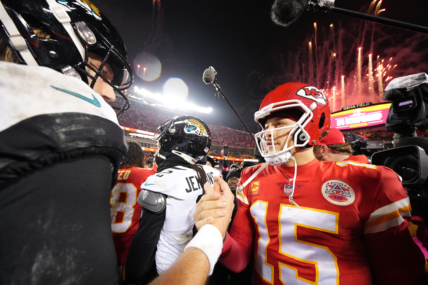 The Cowboys won’t be out of the Dak Prescott business anytime soon, but heading into year eight, it is very clear he is the type of QB that needs a lot more help if the team wants to get closer to bringing a Super Bowl back to Texas.

Brock Purdy has been so impressive over his first seven starts in the league. However, Sunday night wasn’t a peak moment, and that is okay. Rookies are expected to make mistakes and have off nights. Especially at quarterback. Yet, despite not being spectacular against the Cowboys, the best thing he did was not cost the 49ers the game.

NFL history is filled with young QBs who blew playoff games with poor decisions at the worst time. However, in the latest show of his poise and experience beyond his years, Purdy played smart, within himself, and didn’t try to make plays that weren’t there. He succeeded where his counterpart from Dallas failed, despite six less seasons of experience.

Tony Pollard and the big what if

Dallas Cowboys fans will look back on this game and wonder what could have happened if Tony Pollard did not go down early with an ankle injury. The team lost one of their most explosive players and a talent that could have made a major impact in one fell swoop.

There is no guarantee that the San Francisco 49ers’ defense would not have been able to quiet him just like they did the rest of the Dallas offense, but we will never know. A Pro Bowler was taken off the board early in a game they only lost by seven and still were very much in until the last minutes. It is a frustrating pill to swallow.