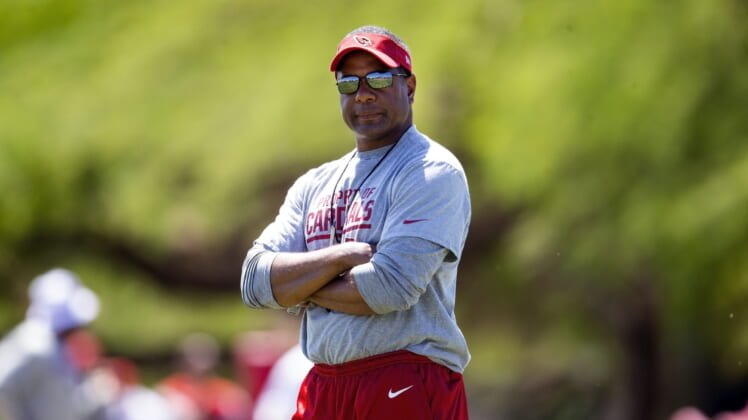 It’s been reported for a couple of weeks now that the Arizona Cardinals plan on making  Steve Wilks a one-and-done head coach.

On Friday, the team may have been sending him a not-so-subtle message confirming all the rumors. As he walked up for his weekly press conference ahead of the final game this year, his podium was conspicuously missing.

At this point, even Wilks seemed to acknowledge the writing on the wall.

“Man, you know you’re getting to the end when they don’t give you a damn podium,” Wilks quipped as he laughed about the missing podium, per Bob McManaman of the Arizona Republic.

Highly touted coming out of Carolina before helming Arizona’s franchise last year, Wilks’ first (and potentially last) season in Arizona has been a disaster.

The Cardinals have actually showed up on the defensive side of the ball pretty darn well. But the offense has been a broken thing since Week 1, and it’s clear the team needs to rethink its coaching strategy heading into 2019.

With just three wins (worst in the league), the best anyone can say about the Cardinals is that they are in line for the No. 1 overall pick of the 2019 NFL Draft.