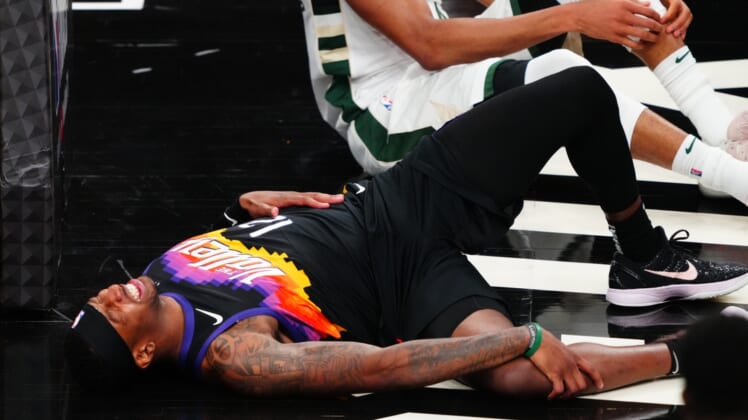 The status of Phoenix Suns forward Torrey Craig for Game 3 of the NBA Finals will be firmed up Sunday, according to coach Monty Williams.

Craig injured his right knee during Thursday night’s Game 2, and Williams said the 30-year-old passed all the medical examinations.

“All of that came back clean, but he’s still sore,” Williams said during Saturday’s media session. “So I can’t make much of a statement on his availability or anything like that. We’re going to get through today. We’ll have a light practice today and put him through some paces. We’ll be able to make a better statement about his availability tomorrow, and then we’ll adjust accordingly.”

Craig was injured in the final seconds of the third quarter after colliding with Bucks star Giannis Antetokounmpo.

Phoenix also lost forward Dario Saric in Game 1 due to a ACL tear in his right knee.