Smackdown Live preview (San Jose), February 7, 2020: Who is The Fiend’s next victim? 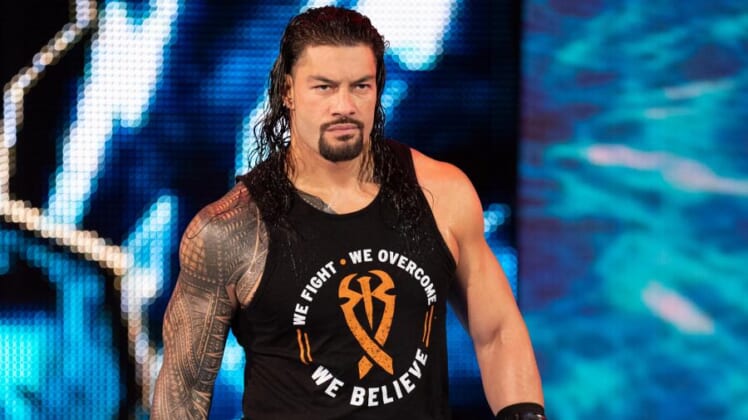 WrestleMania season is officially here. Before WrestleMania 36, WWE will be putting on their next spectacular, the WWE Super ShowDown from the International Arena at The Boulevard in Riyadh, Saudi Arabia on Thursday, Feb. 27, streaming live on the WWE Network. Last week’s Smackdown Live gave us a few ideas where the blue brand is headed into the Saudi Arabian extravaganza.

Where will the direction of the SmackDown roster be headed into Super ShowDown? Tune in to WWE Friday Night SmackDown live from San Jose, California on FOX this Friday at 8pm EST/7pm CST to find out what is next for stars of the SmackDown brand.

What does Bray Wyatt have planned?

Bray Wyatt was absent from Smackdown Live after his brutal match at the Royal Rumble with Daniel Bryan. The Universal Champion will be appearing in the Firefly Fun house this week as announced on the last episode of SmackDown Live. Who will be next victim of The Fiend be? Will Bray Wyatt get a new Universal Championship challenger for Super ShowDown or will we see a familiar face?

Will Bayley feel the glow?

Former SmackDown Women’s Champion Naomi returned at the Royal Rumble and has her sights set on getting some glow around her waist again. Naomi is a very talented performer and is a fresh match up for SmackDown Women’s Champion Bayley. The seeds were planted on last weeks SmackDown Live for this matchup. Where will this match take place? Will fans embrace this match up or do they have no urge to see Naomi vs Bayley anytime soon?

Finally, Braun Strowman has won his first singles title in the WWE. Can The “Monster Among Men” make the WWE Intercontinental Championship a prestigious belt again? There is a plethora of matchups for Strowman to have a long and meaningful Intercontinental Championship run. With a successful and dominating IC title run, Strowman could be the man to dethrone his former mentor and the current Universal Champion Bray Wyatt later this year.

Miz and Morrison still got it

The WWE SmackDown tag team division has been on life support for a long time. There is no shortage of tag team talent on the blue brand. Creative decisions steering the tag team division and a lack of exposure has made people forget how much talent SmackDown Live has on its roster.

It was a tremendous match and each team showed how much talent they possess. Will we have new SmackDown tag team champions crowned in Saudi Arabia? It looks like a new day for the SmackDown tag division is coming soon and we may see new champions soon.

Is Roman Reigns going after The Fiend?

Please let the Roman Reigns and King Corbin feud end now. It’s been months of the same regurgitated matches and lots of dog food along the way. Both Reigns and Corbin deserve to be in new and exciting feuds to elevate their characters.

We will certainly get the answers to many of our questions and see how the card will develop for the blue brand heading into WWE Super ShowDown this week. Don’t miss out on all the action for the SmackDown superstars this Friday at 8pm EST/7pm CST on Fox.