Two NFC championships and a Super Bowl title in three years in the NFL. The best record for a quarterback in his first three years in league history.

We look at Seattle Seahawks quarterback Russell Wilson as some sort of deity. He’s going to lead the team to the promised land for the foreseeable future. He’s the next great quarterback in a long line of signal callers who know nothing but winning.

While some of this might be hyperbole, Wilson is one of the brightest young players in the NFL. All he has done since Seattle selected him in the third round of the 2012 draft is win. And win a lot.

Now that Wilson has valued himself up to the level of some of the top quarterbacks in the NFL, Seattle finds itself in somewhat of an unenviable position. As the two sides continue to work on an extension, it appears they aren’t anywhere near close to coming to some sort of a conclusion.

Wilson wants a contract that is structured like what Jay Cutler received from the Chicago Bears in January of 2014. He also wants to be the highest-paid quarterback in the NFL. At the very least, Wilson is looking at an annual salary north of $20 million with $60-plus million in full guarantees. For their part, the Seahawks are currently looking at less than $20 million annually.

Seattle is in a tricky position here. When general manager John Schneider and company selected Wilson in the third round back in 2012, they couldn’t have possibly envisioned that he would lead the team to the success we have seen over the past three years. With that success has come the inevitability of Wilson being paid like a star. Again, that obviously wasn’t in Seattle’s plans back in 2012.

With that in mind, Seattle was structuring its long-term cap situation to take into account the ridiculous level of talent it had on the defensive side of the ball. In the back end, that’s where the vast majority of Seattle’s money would be allocated, depending on how those young players panned out.

Since the end of the 2013 campaign, the Seahawks have justifiably doled out a tremendous amount of cash to their core on defense: 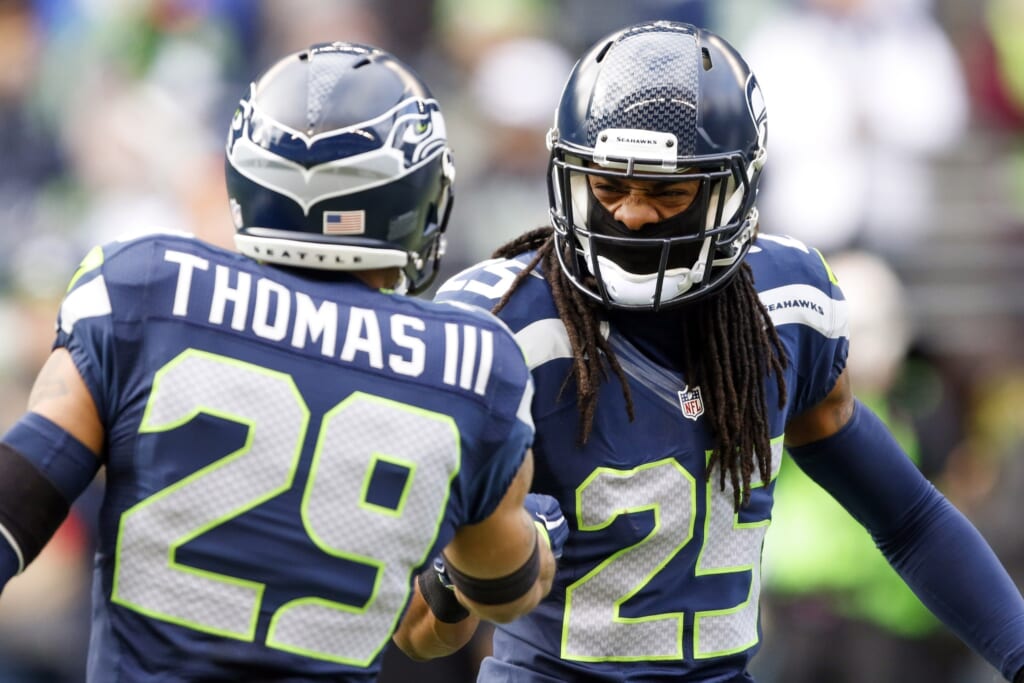 Courtesy of USA Today Sports: Seattle knows where its bread and butter is at.

That’s a total of over $51 million in average annual salary thrown around to Seattle’s six-best defenders. In fact, eight of the 11 players on this team’s roster that earn a minimum of $5 million annually play on the defensive side of the ball.

For all intents and purposes, this has worked out great for Pete Carroll and company. Seattle ranked first in pass defense, first in total defense and gave up a league-best 14.1 points per game during its 2013 Super Bowl campaign. It then followed that up with a top-ranked defense in terms of yards and points against this past season.

There is a valid point to be raised here. Does Seattle need an upper-echelon quarterback to contend for a Super Bowl on an annual basis? The answer to that question is much more complicated when you take into account a star player in linebacker Bobby Wagner who is set to break the bank in at some point in the not-so-distant future. With the contract terms of those six defenders we listed above, is it reasonable to believe Seattle can retain both Wilson and Wagner? If not, does the team choose its All-Pro linebacker over its Super Bowl-winning quarterback?

Wagner wants to be paid like one of the top inside linebackers in the NFL. That would put him at somewhere near $9 million annually, as to where Wilson would like to earn well north of $20 million per year. There’s little doubt that quarterback is a more important position in today’s NFL. But is it $11-plus million more important than keeping an All-Pro linebacker? When looking at Seattle’s roster make up, the answer to that question becomes a bit more convoluted. 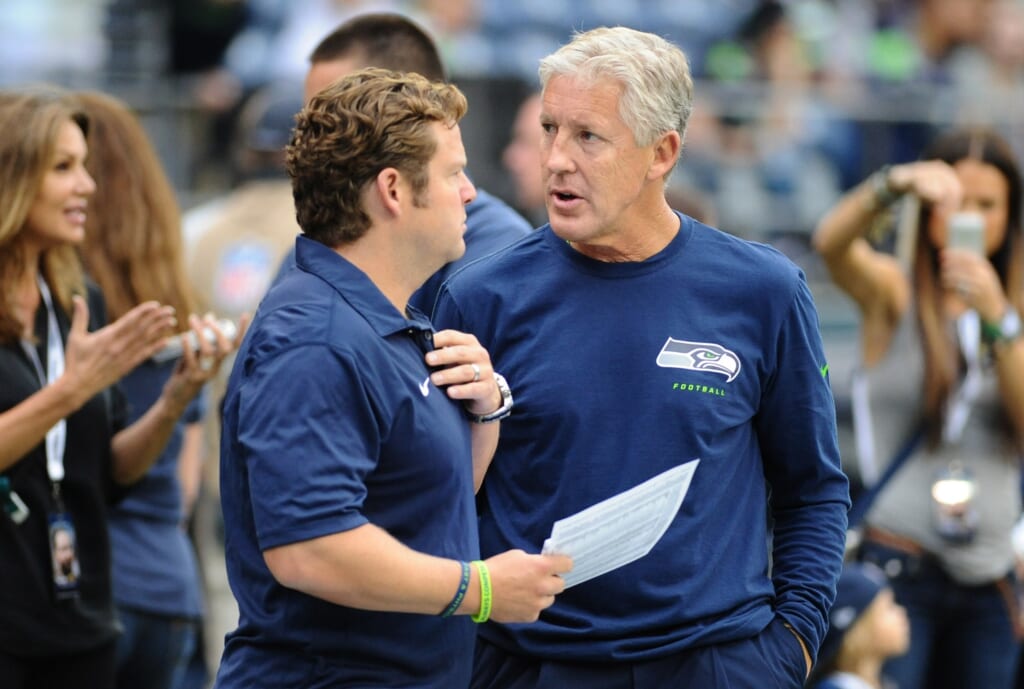 Courtesy of USA Today Sports: John Schneider and Pete Carroll know what they are doing.

As Bleacher Report’s Jason Cole points out, Seattle seems more than happy with playing out the string here. It can place the franchise tag on Wilson in both 2016 and 2017, which would pay the quarterback less than $50 million combined.

Cole also suggests that Wilson is growing increasingly frustrated with the stalled contract talks. Based on his early-career performance, no one can really blame Wilson for being a tad frustrated here.

But let’s look at this from Seattle’s perspective for a second.

With Wilson making $20-plus million on a long-term deal, the team would undoubtedly have to cut into its defense to make things work. It’s a process that all contending teams go through. It’s also a process that would be less than ideal in Seattle based on the lack of depth it has on defense. There simply aren’t many plug-and-play backups on this roster.

This brings us back to our original point. If its defensive personnel remains untouched, could Seattle contend for a title with an Andy Dalton-caliber quarterback under center? Would it be worth it to pay someone of Dalton’s caliber $8 million less per season than Wilson in order to keep the team’s defense together?

I guess that’s why John Schneider and Pete Carroll get paid the big bucks. Just don’t think that it’s a foregone conclusion within Seattle’s brass that the team is going to retain Wilson at all costs. It needs to think about the long-term viability of the team’s roster and salary cap situation. If Seattle has to cut deep into the talent it has at other positions to retain Wilson, it’s a decision that could come back to haunt the team. The powers to be in the Pacific Northwest surely understand this.