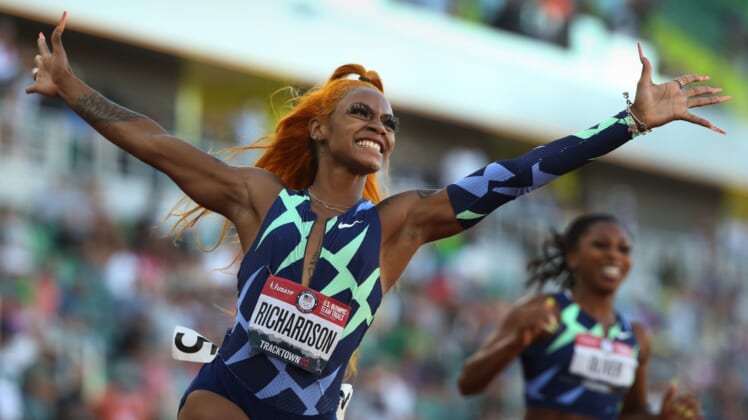 Sha’Carri Richardson, left, celebrates her win in the finals of the women’s 100 meter dash at the U.S. Olympic Track & Field Trials at Hayward Field in Eugene.Eug 061921 Trials 08

Sprinter Sha’Carri Richardson was not included on the U.S. 4x100m relay team for the Tokyo Games following a positive test for marijuana, meaning one of the fastest women in American history will not compete in the Olympics.

Richardson previously was ruled out of the individual 100-meter event in Tokyo when she was assessed a one-month ban by USA Track and Field for the drug test, but her participation in the relay event remained in limbo until the governing body’s statement Tuesday.

Richardson, 21, said she used marijuana as a way to cope after learning of the death of her biological mother. USATF said that while it was “incredibly sympathetic toward Sha’Carri Richardson’s extenuating circumstances,” it could not offer her a shortened suspension.

“While USATF fully agrees that the merit of the World Anti-Doping Agency rules related to THC should be reevaluated, it would be detrimental to the integrity of the U.S. Olympic Team Trials for Track & Field if USATF amended its policies following competition, only weeks before the Olympic Games,” the statement said. 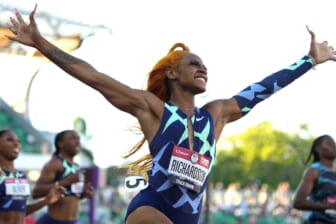 Richardson has apologized to her fans and family for her positive drug test and accepted her ban.

Earlier this year, Richardson ran the 100 meters in 10.72 seconds, the fourth-fastest mark ever recorded by an American woman. She won the 100-meter dash at last month’s Olympic trials.