Seven NFL players set to cash in during the playoffs

NFL Playoffs are all about the teams. If a player performs well in a losing cause, it means very little. Though, if said player blows up in a win, he’ll be hailed as the second-coming.

It’s an interesting dynamic to look at, as football offers the highest level of team play of any of the four major sports in North America.

With all that said, there are certain players heading into this year’s playoffs with a lot on the line. Sure they want to help their teams win. But they are also looking forward to March, when they become free agents. 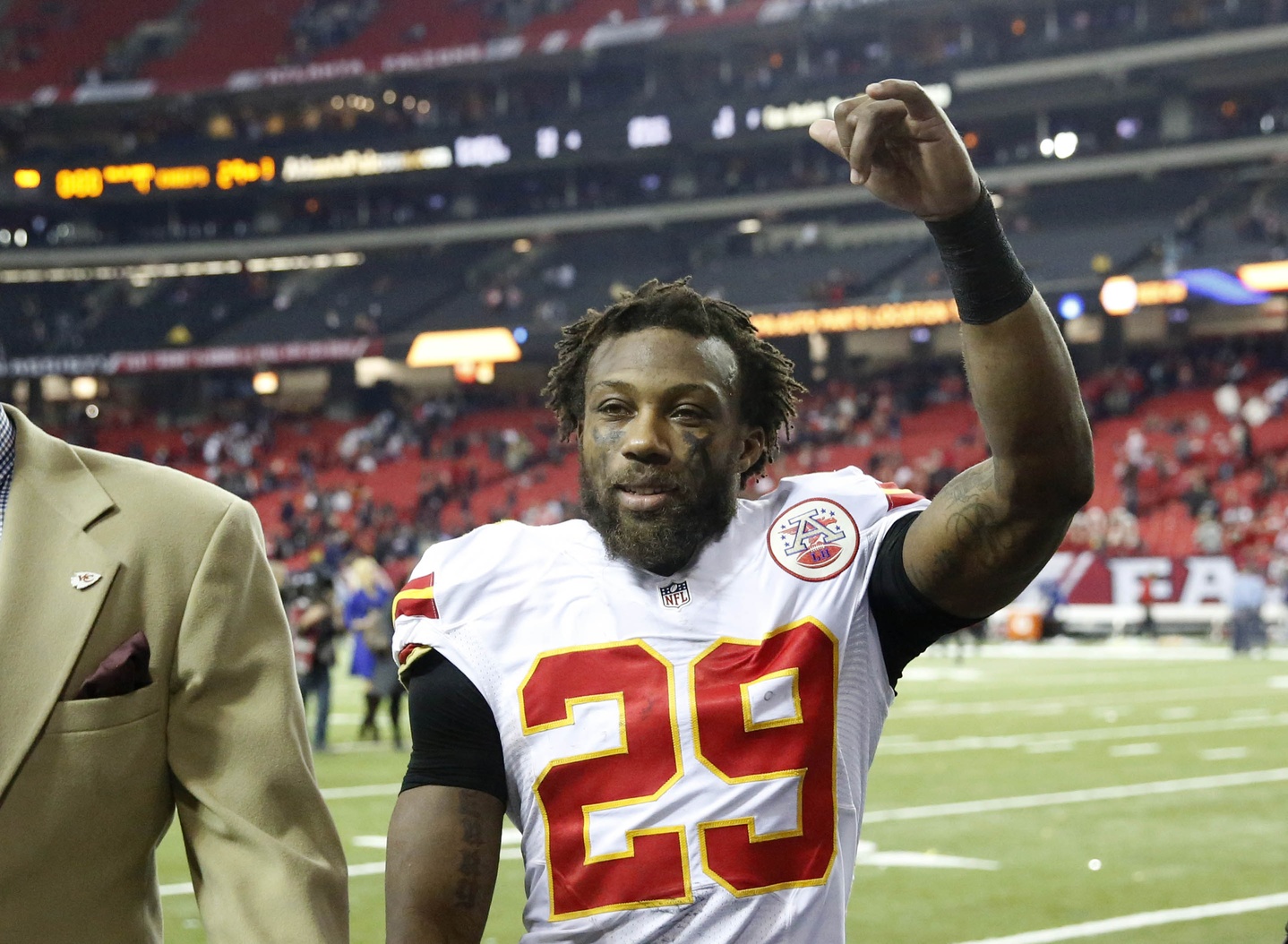 It’s pretty alarming that Berry is playing this season under a one-year, $10.8 million franchise tag tender. With all the guaranteed cash we’ve seen thrown the way of defensive backs in recent seasons, one might expect the Chiefs to actually dole out a nice amount of money to this five-time Pro Bowl performer. It has not yet happened.

It’s going to definitely be interesting to see how the postseason plays out here. Berry’s Chiefs will either take on Pittsburgh, Oakland or Houston in the next round. All three of these teams have true No. 1 receivers. This means safety help will likely be thrown over the top when Kansas City plays its first playoff game in the divisional round. That’s where Berry can earn his bread by proving he can be among the best ball-hawking safeties in the NFL, even at 28 years old.

With six different safeties in the NFL currently under contracts that pay them $20-plus million in guaranteed cash, that has to be the absolute starting off point. Though, something similar to the $40 million Tyrann Mathieu received in guaranteed cash from the Arizona Cardinals should be the goal here. A tremendous postseason performance would likely make this more reasonable.

After being selected in the first round of the 2012 NFL Draft, Reiff immediately took over as the Lions’ starting left tackle. It was a decision that Detroit made out of necessity, and it really didn’t pan out.

He struggled as Matthew Stafford’s blindside protector for four seasons before the Lions picked up Taylor Decker in the first round of last year’s draft. Now playing on the right side, it appears that Reiff has found his niche. He’s consistently graded out as one of the top right tackles in the NFL and has upped his game big time after a horrendous performance back in Week 4.

While Reiff likely won’t be seen as a left tackle on the open market, high-end right tackles have still found their way to rather large paydays. The five-year, $32 million deal Jermey Parnell signed with Jacksonville last March is a prime example of this.

Both Austin Howard of the Oakland Raiders and Mitchell Schwartz of the Kansas City Chiefs have also received rather lofty deals for right tackles recently.

Reiff has the unfriendly assignment of going up against Seattle Seahawks defensive end Michael Bennett on Saturday night. What might seem like a mismatch to some, could very well be an opportunity for Reiff. Should he perform well here, NFL front offices will definitely pay attention.

Speaking of paying attention, Bouye made sure that his career-best performance came in a contract year. The fourth-year corner from Central Florida was absolutely amazing in his first-season as a full-time starter.

He recorded 62 tackles, 16 passes defended and an interception en route to being the best defensive back on a Texans squad that yielded the second-fewest passing yards in the NFL during the regular season.

Cornerback A.J. Bouye is no fluke for the Texans. His break on this Donte Moncrief dig route is sick pic.twitter.com/dnvLYFXXhT

There’s now some thought being given to the idea that Bouye will get paid big time in free agency.

“Bouye could potentially command a salary averaging $8 million per year as a free agent,” the Houston Chronicle’s Aaron Wilson reported back in December.

That could actually be on the low end of the spectrum. We’ve seen lesser corners receive much larger paydays in the past. With a stellar performance in the playoffs, starting this week against Amari Cooper, Bouye could push that annual value north of $10 million. Not too shabby for an undrafted free agent. 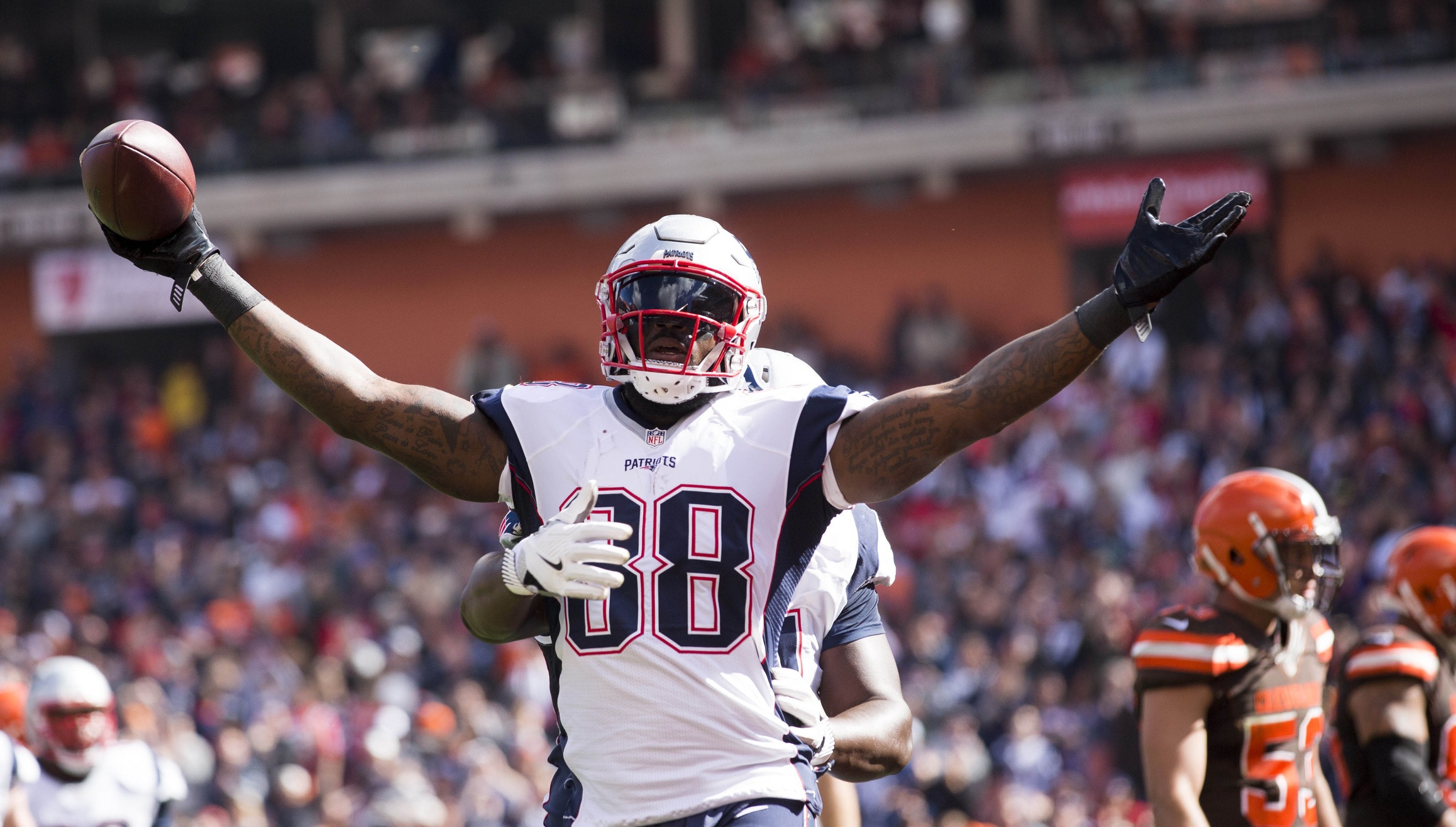 On a personal level, Bennett’s 2016 season could not have worked out any better. Instead of being forced to catch passes from Jay Cutler and Matt Barkley in Chicago, this veteran tight end was traded to the Patriots. Then, Rob Gronkowski pulled up lame early in the season to injury. This enabled Bennett to run off two 100-yard performances in his first four games with the Pats.

Now that Gronkowski is on injured reserve, Bennett is the primary between the seams target for one Tom Brady. We don’t have to be geniuses to realize what this might mean for Bennett’s stock as he enters free agency.

A capable pass catcher that led all NFL tight ends in receptions with the Bears in 2014, Bennett put up an absurd 75 percent catch rate during the regular season. A solid performance here, and not a single person would be surprised to see Bennett get a significant increase from the $5.2 million he made this season.

It’s not necessarily well known just how important pass protection is from the interior of the offensive line. Magnified today by the NFL’s pass-first mentality, quarterbacks struggle more with pressure from up the middle than they do with pressure out on the edge. This is pretty much the case will all quarterbacks, top-level ones included.

For Aaron Rodgers and the Packers, they are lucky to have one of the best pure pass-protecting offensive tackles in the NFL. Lang, 29, has started 92 of a possible 96 games over the past six seasons.

Green Bay allowed the third-fewest quarterback pressures in the NFL during the regular season. This, despite the fact that its offensive line was tasked with the fourth-most pass-blocking plays in the NFL. For his part, Lang ranked among the top five at his position in that category.

Earning a solid $6.2 million his season, there’s no real suggestion that Lang will see a dramatic increase in terms of his annual salary. Though, with a strong postseason performance, there’s no reason to believe he can’t join the five guards currently earning $20 million guaranteed. 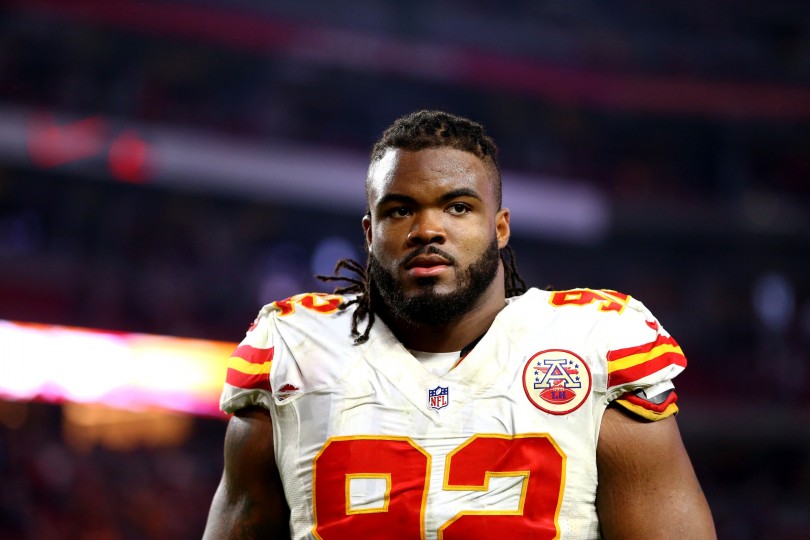 A two-time Pro Bowl performer, Poe continues to make his name as one of the most physically intimidating defensive linemen in the NFL. This past regular season saw him record just 27 tackles and 1.5 sacks. Not great numbers, but here’s a guy that’s being tasked with an anchor role on a 3-4 defense. Those players don’t generally put up huge numbers. Instead, it’s all about the impact he’s made.

Brock Osweiler is a wise man, he does not want to block Dontari Poe pic.twitter.com/sfVdgDkuHU

Poe’s role is akin to what we saw from Vince Wilfork during his heyday with the New England Patriots. Take on double teams so that EDGE rushers can do their jobs on the outside. It’s in this that he’s done a tremendous job for the likes of Justin Houston, Dee Ford and Tamba Hali in Kansas City.

Interestingly enough, there’s nothing to suggest that Poe only fits into a 3-4 scheme as a clogger. Here’s a guy that recorded 10.5 combined sacks in 2013 and 2014 before taking on a new role the past two seasons. He could very well be just as disruptive as a 4-3 defensive tackle.

Earning just north of $6 million this season, Poe will likely receive a payday that doubles that in free agency. A strong postseason performance would only add to this.

We already know the backstory here. Floyd was waived by the Arizona Cardinals back in December after a DUI arrest. Mere days after Arizona let him go, the Pats picked this former first-round pick up off the waiver wire.

Attempting to give this young receiver a new lease on life, Bill Belichick and Co. actually allowed him to play a major role in the team’s Week 17 win over Miami. He recorded three receptions and a touchdown on four targets.

Fitting the mold of a big-bodied receiver that the Patriots need, it will be interesting to see if Floyd gets more run in the playoffs. Should that happen, we wouldn’t be surprised to see him excel with Tom Brady under center. After all, here’s a guy that put up 800-plus yards in each of the past three seasons prior to 2016.

He has the talent. It’s now all about making an impact in New England while resolving his off-field issues. And in reality, those off-field issues could play a larger role than most of us think.