Seven hyped NFL teams that could crash and burn in 2018 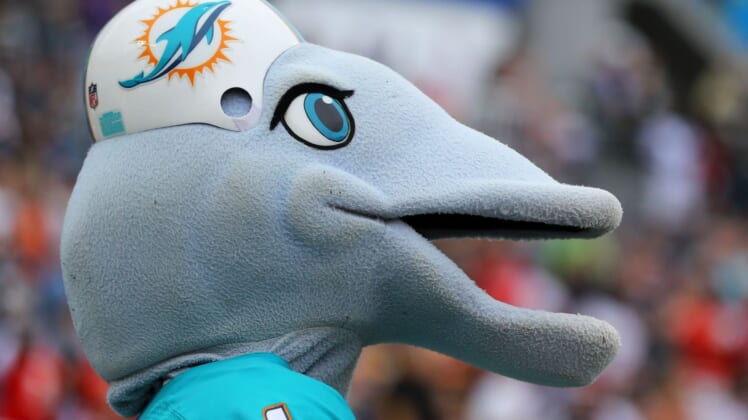 This time in the NFL is all about teams enhancing their rosters through both free agency and the upcoming draft. It is also time that teams tend to check in on some players recovering from injuries who are expected to play in 2018.

This flurry of activity can’t help but get fans hyped for their favorite teams to play this year. But, let’s all calm down a little. Will last year’s huge batch of injured players making their return instantly turn their struggling franchises around?

Meanwhile, some teams are putting a lot of faith in newly-signed free agents making a huge impact this year. And soon enough, teams will be relying on rookie to make a huge impact in their first season.

With so many unknowns waiting around the corner, the following seven teams already stirring up buzz — could crash and burn. 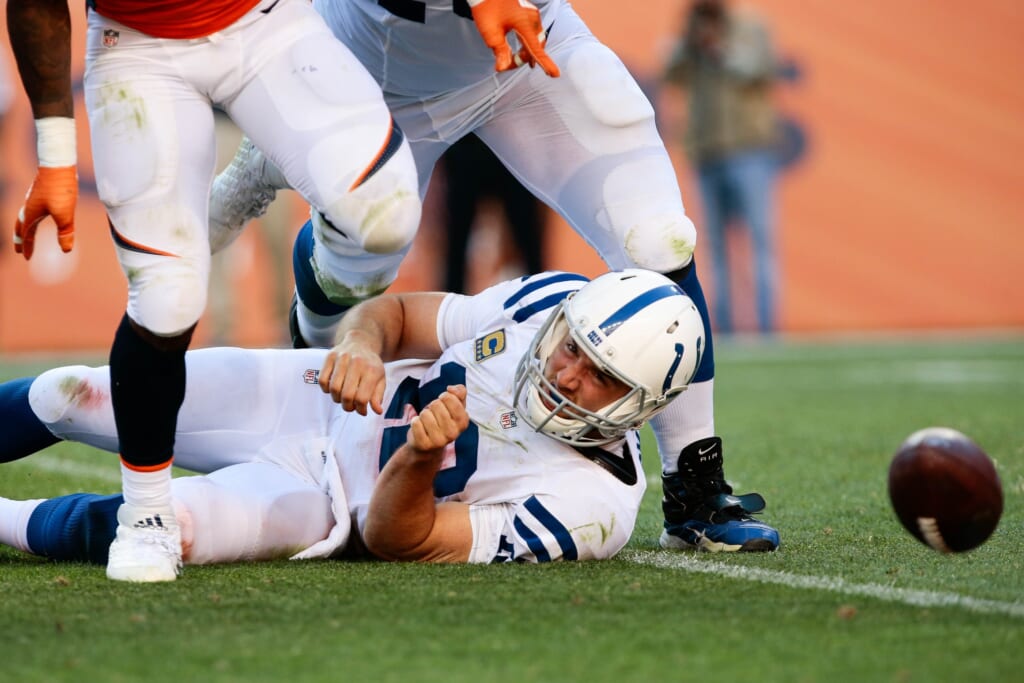 Once again, the Colts are wanting us to believe that quarterback Andrew Luck will be healthy to play in 2018. The team is “very confident” in their quarterback’s progress and it expects him to be ready to participate in training camp. Though, somehow this all sounds like a repeat of last year’s news. Luck underwent surgery to his throwing shoulder in January of 2017 and has not thrown a pass in a game since then.

It is difficult to get hyped for a Colts team that somehow might see Luck’s backup Jacoby Brissett under center at some point in 2018. But let’s just say Luck can play. It does not mean that he will suddenly return to his previously elite level. Remember, Indy posted a 10-12 record in Luck’s starts during the 2015 and 2016 campaigns. We are not saying the Colts’ success in 2018 depends entirely on Luck. But, things were not too pretty when he was absent last season.

We could have covered the Chiefs as a revamped team that we cannot wait to see play in 2018, but instead decided to list Kansas City here. The Chiefs made a bold and perhaps risky move when they traded away quarterback Alex Smith just moments after he played in January’s Pro Bowl. As such, the team is going allin on second-year quarterback Patrick Mahomes. Mahomes will have big shoes to fill after Smith’s playoff 26-touchdowns, five-interception performance last season. Plus, the Chiefs are now without offensive coordinator and former quarterbacks coach Matt Nagy.

On defense, the Chiefs did not win any fans when they traded away All-Pro cornerback Marcus Peters to the Los Angeles Rams. Then, Kansas City decided to invest heavily in wide receiver Sammy Watkins. He’s fabulous when healthy, but lingering injuries have always been a concern. For these reasons, the Chiefs are no sure bet team to blow everyone away in 2018. 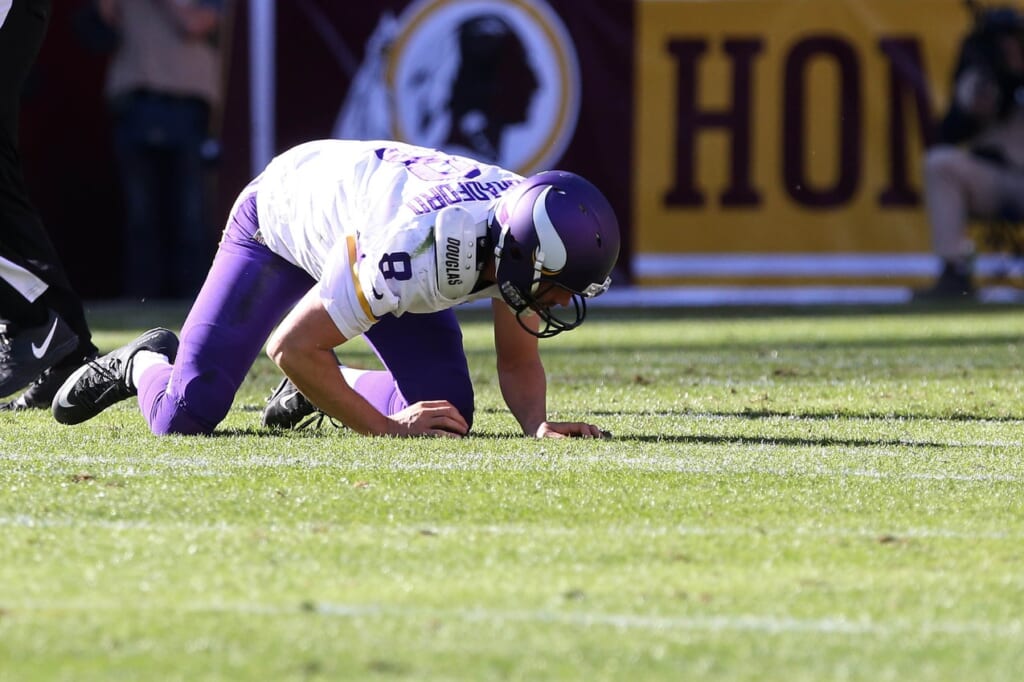 The Cardinals are making some offseason moves they feel are prudent for success in 2018. But, some of us are not so sure. It would have been golden for the Cardinals to win the Kirk Cousins sweepstakes, but they did not. Instead, they signed Sam Bradford to what many consider is just another inflated deal for the injury-prone quarterback. If Bradford should miss time, quarterback Mike Glennon, who was a complete dumpster fire last year in Chicago, will be ready to take over under center.

The hope is also that running back David Johnson returns to 2016 form after missing all but one game to injury last season. If not, the Cards will be in trouble. Plus, nobody in Arizona can be feeling comfortable with the Cardinals’ recent release of All-Pro defensive back Tyrann Mathieu. That move to free up salary cap to sign Bradford might come back to bite this team in the back end. On top of all of this, the Cardinals will have some stiff competition in the NFC West with the 49ers and Rams moving up the ranks.

The Dolphins were a hot mess in 2017 and hope to rebound once quarterback Ryan Tannehill returns. Though, he will be rusty having not played since December of 2016. Might we also mention Tannehill will be without his handy slot guy the recently traded Jarvis Landry.

Instead, former New England Patriots receiver Danny Amendola will assume this role. Keep in mind, the 32-year-old Amendola is no spring chicken. His best career years might have already been spent working with the best in the business — head coach Bill Belichick and quarterback Tom Brady. We are not sure what to expect with Amendola under head coach Adam Gase who is fortunate to still have a job.

And, we completely shudder at the thought of Amendola and the offense catching passes from quarterback Brock Osweiler should Tannehill have any setbacks. In other areas, the Dolphins will be without defensive tackle Ndamukong Suh and longtime center Mike Pouncey. We would like to see the Dolphins dazzle in 2018, but cannot wholeheartedly endorse them. 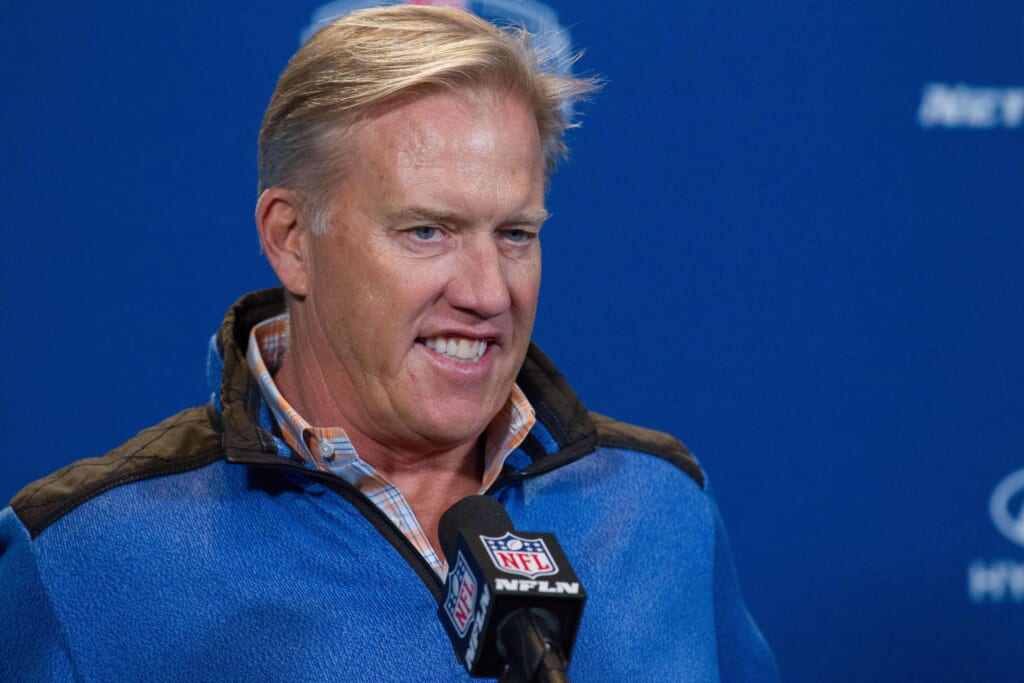 The Broncos are looking to recover from a horrible 2017 campaign with a sad cast of quarterbacks. But much of the hype this offseason will focus on the Broncos making strides to improve their quarterback position. After also missing out on signing Cousins, the Broncos went with the next best available guy and signed Case Keenum.

If everything goes according to plan, Keenum will hopefully pick up where he left off in Minnesota. He produced an 11-3 record and completed a lofty 67.6 percent of his passes. Though, if Keenum performs like he did with the Texans and Rams, then we have a problem.

As a potential backup plan, the Broncos may also draft a quarterback. And, interestingly enough, the Broncos sent a scout to watch free agent quarterback Johnny Manziel throw at a pro day (more on that here.)

If all goes to heck again on offense, it would then by up to the Broncos defense — who no longer sports its “No Fly Zone” — to pick up the pieces.

The Ravens went through some suspicious hoops to swoop in and sign wide receiver Michael Crabtree who remained a free agent for less than 24 hours. For some reason, the 30-year-old receiver was hot on the Ravens’ radar and the team must feel he will be quarterback Joe Flacco’s ace in the hole this season. After all, Crabtree averaged an impressive eight touchdowns per season in his three years playing in Oakland.

But after watching Flacco regress last year, we are just a tad skeptical to jump aboard this hype train. Flacco managed to throw for only 18 touchdowns last year and that was with Mike Wallace and Jeremy Maclin on the field. Are we to expect the addition of Crabtree will suddenly make Flacco look like Tom Brady? Crabtree is only one person and he cannot solely be responsible for fixing a Ravens pass offense that managed the fourth-fewest yards last season. 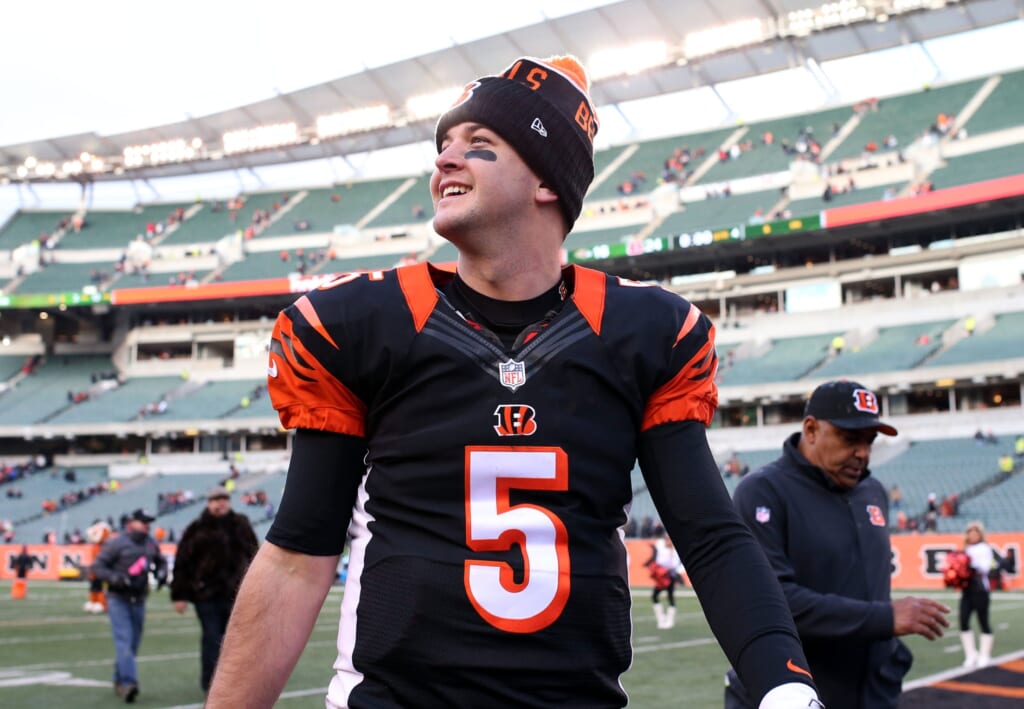 The Bills have had an active free agency thus far and have already moved up to No. 12 in this year’s draft. It is highly anticipated that they might try to inch up even further in the draft to select a rookie quarterback. There is nothing wrong with that. But, in the case they do not, this would leave newly signed A.J. McCarron as the man under center. He sparked a bunch of hype once his former Cincinnati Bengals let him walk in free agency.

The Bills have apparently bought into it, preferring McCarron over Tyrod Taylor. Another sketchy move the Bills made was signing Chris Ivory to an already aging roster of running backs. Ivory averaged a paltry 3.4 yards per carry last season with Jacksonville. Cornerback Vontae Davis was a nice free agent addition, though we are on the fence about defensive end Trent Murphy. He is coming off of a torn ACL, MCL and suspension for using PEDs. Depending on how things play out for the Bills in the draft, this is a team that could rise or completely crash and burn in 2018.