NFL free agency is anything but free. In fact, it could be argued that more bad signings are made every year than ones that can be considered slam dunks in hindsight. But the hope of instantly transforming a roster tempts even the best general managers from time to time.

So, now that the NFL free agency frenzy has died down a bit after the first wave of high-profile signings, it’s time to look at which deals teams could regret. Who paid too much? Who panicked and made impulse buys? Which players are making out like bandits because of this?

These were the worst deals from the early free agency feeding frenzy around the NFL. Though, on a personal note, fans shouldn’t be mad at the players for saying yes to these deals. Good on them for cashing in.

For the second year in a row, the Tennessee Titans made a big play for a former New England Patriots cornerback. After paying Logan Ryan $30 million over three years in 2017, the Titans reportedly guaranteed Butler $30 million on a five-year deal worth up to $61 million.

That’s patently absurd. Butler is a solid cornerback, but he’s not worth that kind of cash. In fact, it’s very strange that he’s cashing in this much after a season in which he admits he didn’t play all that well. And on top of that, the drama surrounding him during and after Super Bowl LII seemed to indicate his market could be less than stellar.

Obviously that did not happen. Instead, Butler is being paid like a top-10 NFL cornerback, which is above his true value.

It truly is baffling how the Baltimore Ravens continue to detach themselves from reality when it comes to the wide receiver position. Just like they did with Kamar Aiken a couple years back, the Ravens are convinced that former Washington receiver Ryan Grant is going to do big things for them.

How do we know this? Well, they reportedly gave him a four-year contract worth $29 million, with half of that being guaranteed. And this to a guy who most casual fans had no clue existed. In four years with Washington, Grant caught just 84 passes for 985 yards and six touchdowns. That’s not promising. Furthermore, he started just 15 games total for a team that desperately needed receivers to step up.

We knew the Ravens needed receivers this year, and they struck out big time trying to land some of the bigger fish out there due to salary-cap constraints. But paying Grant this much money isn’t going to fix their problems. If anything, it just exacerbates them. 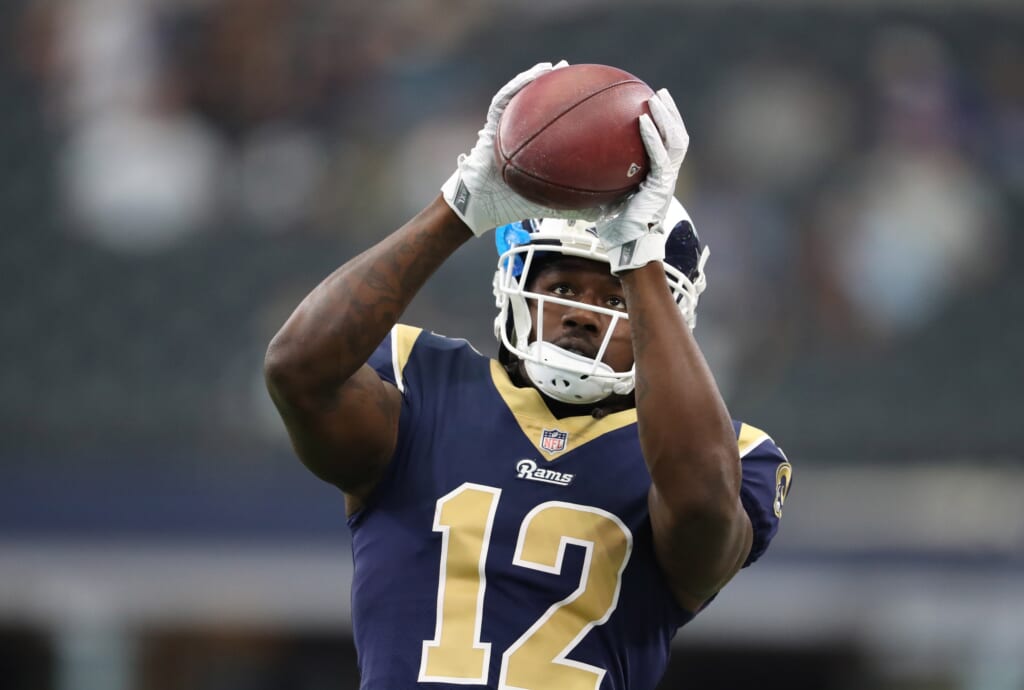 Is Sammy Watkins extremely talented? Absolutely. And he’s still young, too, at the age of 24 (he’ll be 25 when the season begins). Watkins has also had some very productive stretches during his NFL career, too, and is a dynamic playmaker when healthy.

The problem here is that Watkins has a history of foot injuries and can be extremely inconsistent — catch rate of 55 percent over his career.

The Chiefs made a bold play to give young quarterback Patrick Mahomes another speedy weapon for a downfield attack. But they reportedly paid Watkins $30 million guaranteed on a three-year, $48 million deal. That’s way too much money ($16 million per year) to pay for a guy who has a history of injuries and catches just over half the passes thrown his way.

The Miami Dolphins have been making head-scratching decisions in free agency (like this) for years, so it was hardly surprising that they threw money at Albert Wilson. The former Kansas City Chiefs receiver is reportedly landing a three-year deal worth $24 million for an average of $8 million per season.

That’s silly money to pay to a guy who has been a third or fourth option for the Chiefs — one of the more receiver-needy teams in the league — the past few seasons. Since entering the league as an undrafted free agent in 2014, Wilson has started 26 games, catching 124 passes for 1,544 yards and seven touchdowns. So, he’s been a bit more productive than Ryan Grant. But not by much.

Making this signing even more confusing is the fact that Miami also is bringing in Danny Amendola to help replace some of the production it lost when Jarvis Landry was traded to Cleveland. So, it’s hard to imagine Wilson is going to be a heavily featured player on this team, especially because DeVante Parker is still an up-and-coming star.

Chiefs back up the Brinks truck for LB Anthony Hitchens

The Kansas City Chiefs made a commitment to get younger on defense this offseason and have absolutely followed through with some tough cuts to veterans. To help minimize the loss of one of their top linebackers in Derrick Johnson, they brought in former Dallas Cowboys linebacker Anthony Hitchens, who is just 25 years old.

That’s great. What’s not great is that the Chiefs laid out the red carpet for Hitchens. He’s reportedly landing a deal that pays him $9 million per year and $25 million guaranteed. That’s a ton of cash for a player who is more of a thumper than a playmaker — just one interception, two forced fumbles and 3.5 sacks in his career.

Hitchens has some experience as a starter (48 starts in four seasons) and was solid for Dallas the past few years. But in no way has this player demonstrated he’s a “special” linebacker worthy of the kind of contract he landed in Kansas City. 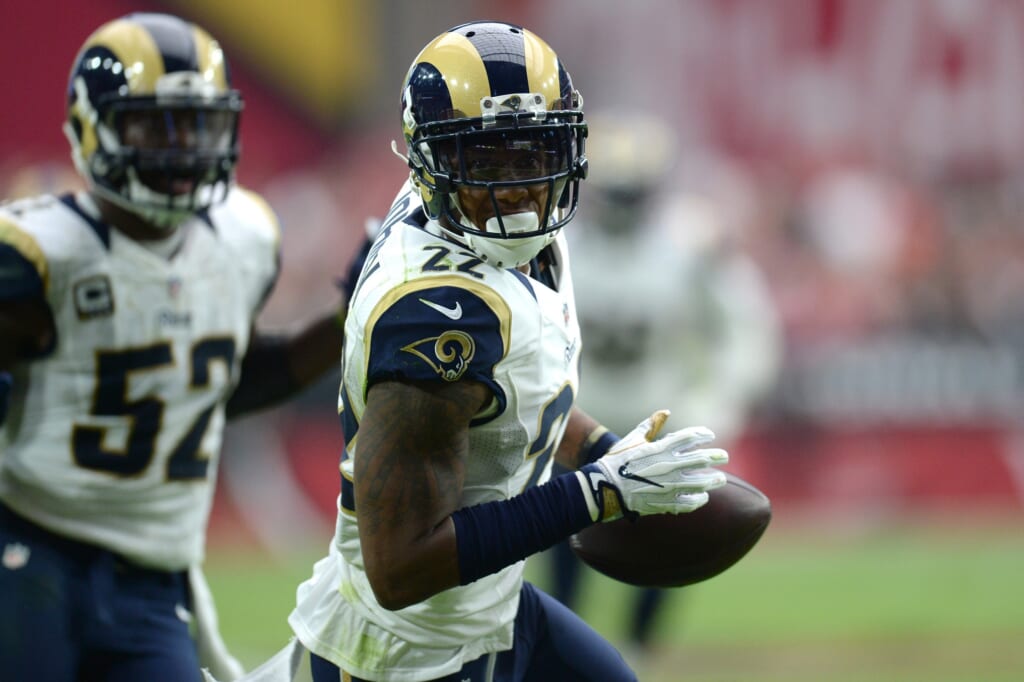 We get it. The New York Jets had a TON of cash to burn. And it’s not like Trumaine Johnson is a bad cornerback — he’s above average, at the least. But in no way is Johnson among the best of the best the league has to offer, which is how New York is paying him now.

According to reports, Johnson is going to be right up there with Josh Norman as the highest-paid cornerback in the NFL (details here).

A player is worth as much as a team is willing to pay him. We totally get that. But in the end, this is a case of a team overpaying, which means ultimately the value just won’t be there.

You’ve probably seen some incredible highlights of Paul Richardson the past couple of years (like this). He has a knack for pulling off some miraculous catches and was a spark for Seattle’s offense at times. We highlighted him as a player who could end up being a steal, because it seemed like he’d probably land a deal similar to the one Marqise Goodwin signed with San Francisco before the free agency frenzy began.

Instead, Washington did what it does so well, which is overpay free agents. Richardson reportedly landed twice the guaranteed money the 49ers paid Goodwin (contract details here).

In four years with Seattle, Richardson caught 95 passes for 1,302 yards and eight touchdowns, six of which he hauled in last year. So, in keeping up with a common theme this year, another unaccomplished receiver cashed in big time.

Over a month ago, I picked Sam Bradford to land in Arizona — he’s a pretty good option as a short-term bridge, assuming the Cardinals make a strong play for a rookie who can start sooner, rather than later.

That said, I had pretty much the same reaction everyone else did when reports emerged that Bradford is getting $15 million guaranteed on a one-year deal.

After all, we’re talking about a guy who has a degenerative knee injury that was so bad last year the Vikings thought his career could be over. And Arizona’s offensive line is awful. So throwing an immobile quarterback with a history of injuries behind it, guaranteeing that much money, is just laughable.

Nate Solder now the highest-paid OT, but he’s far from the best 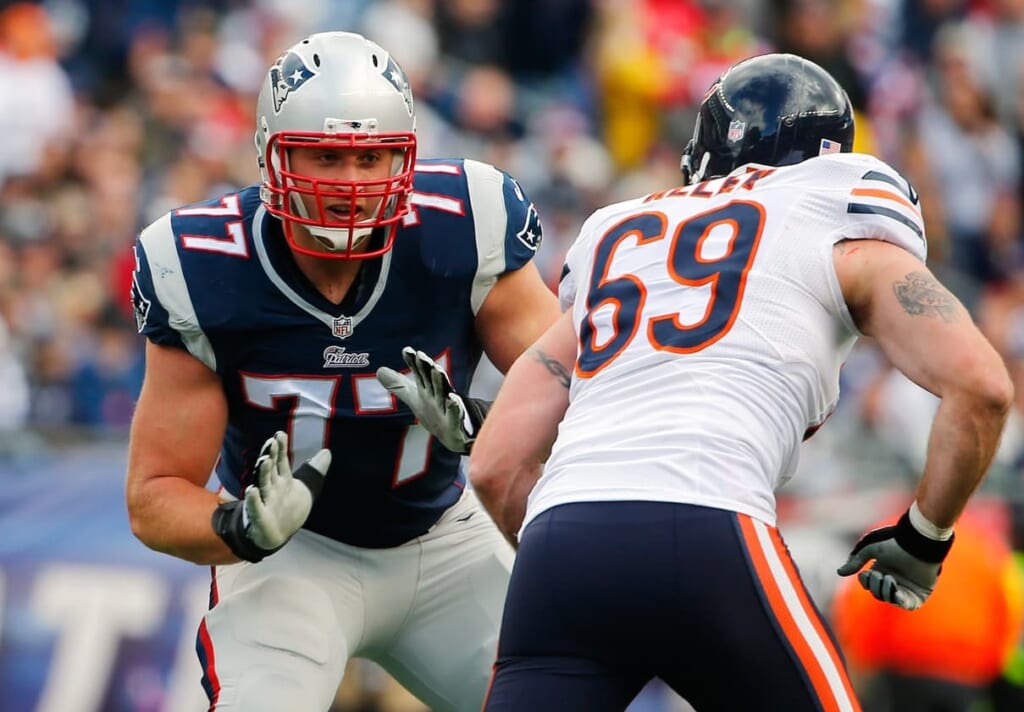 It’s hard to fault the New York Giants for going all-in to land Nate Solder, especially after striking out on Andrew Norwell, who is one of the best offensive linemen in the NFL. Big Blue’s offensive line has been a veritable train wreck for years now, and Eli Manning deserves to be protected.

Still, there is no doubt that the Giants overpaid to land Solder. He’s now going to be the highest-paid left tackle in football, according to multiple reports.

Sure, he was one of the best available in this year’s crop of free agents. But when you stack him up against the league’s elites he’s nowhere close to the top. Also, it’s important to note that Tom Brady, playing in Josh McDaniels’ quick-strike scheme, made Solder look better than he actually is.

The Minnesota Vikings feel they are just a quarterback away from winning a title. And they might be right. Furthermore, if there’s one thing to be learned from the modern NFL it’s that “elite” quarterbacks are going to be paid an obscene amount of money.

So in no way was it shocking that the Vikings will reportedly sign Cousins to a fully-guaranteed contract that pays him $28 million per year for three years.

That said, statistics aside (Cousins has put up big-time numbers three years in a row for Washington), there are serious doubts about how good Cousins actually is. Those who study quarterbacks for a living are constantly pointing out his fatal flaws (for a very detailed breakdown check out Doug Farrar’s column here).

Furthermore, Vikings fans expecting the offense to pick up where it left off last year in 2018 need to remember that Pat Shurmur is no longer with the organization. Now the head coach of the New York Giants, the quarterback whisperer has departed.

In the end, it’s the opinion of this scribe that Cousins will not be the man to lead Minnesota to the promised land. If anything, he’s fool’s gold and will be remembered as a cautionary tale.