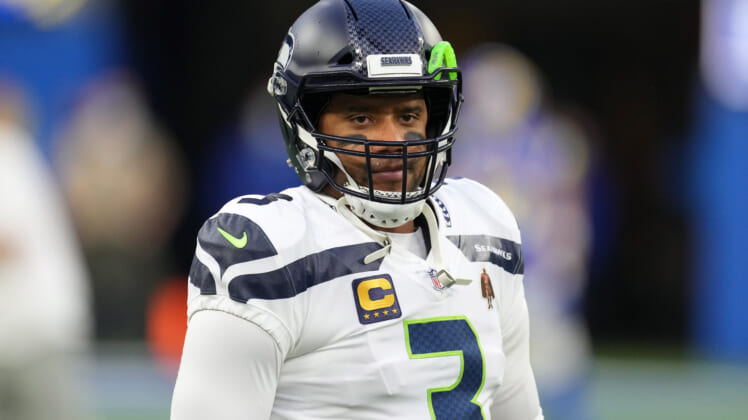 The Seattle Seahawks and quarterback Russell Wilson managed to navigate offseason drama to ensure he returned for the 2021 NFL season. But the problems that first led to the disputes in Seattle are expected to return in 2022 and could get even worse.

Wilson publicly expressed frustration about the front office not putting enough talent around him, a criticism that wasn’t received well by the front office. Seattle engaged in trade discussions with multiple teams with one blockbuster deal almost happening.

But the two sides mended fences and publicly squashed any suggestion that issues remained. But with the Seahawks securing their first losing season since Wilson became the starter, the rift between the two sides could be the theme of the 2022 offseason.

According to CBS Sports’ Jason La Canfora, people around the NFL believe another contentious offseason is ahead for Wilson and the Seahawks. It could be bad enough that a blockbuster trade becomes very possible, with other changes to follow in the front office.

Seattle’s offensive line remains one of the worst in the NFL. Entering Week 16, it ranked 30th in Pro Football Focus’ pass-blocking efficiency and allowed the eighth-most pressures (157) in football.

While Wilson has struggled this season, the finger injury that landed him on injured reserve is still likely impacting him. He isn’t playing at peak performance, but his overall numbers are still respectable for one of the most talented quarterbacks in the NFL.

Ultimately, this 10-year partnership is likely coming to an end. The Seahawks need to hit the reset button after a 2021 season that exposed many of their issues and Wilson needs a change of scenery. All the drama will make the NFL offseason even more eventful.