Seattle Seahawks fan tries to troll the sport of tennis, gets roasted by US Open Tennis Twitter account 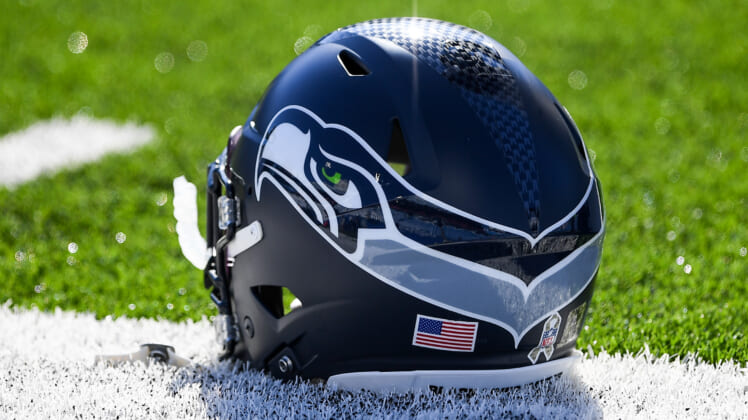 This might be the best thing on the internet today in the sports world, and it’s all thanks to a dumb Seattle Seahawks fan.

It all started with the SportsCenter Twitter account doing their thing, sharing a viral clip of Nick Kyrgios going between his legs to serve the ball at Wimbledon.

For some stupid reason, a Seahawks fan decided to go out of their way to respond to this tweet by saying ‘Not a sport’. This is when things got really good, with the US Open Tennis Twitter account chiming in with a witty response that just about broke the internet.

This, my friends, is how you beat them at their own game. Not only did whoever’s running the US Open Tennis social media show they very much understand football, and what’s going on around the league, by being able to hit this Seahawks fan where it hurts, but they did so with grace.

Seattle Seahawks set their fans up for embarrassment

No fan is happy about losing Russell Wilson and ending up with Drew Lock and Geno Smith for now. While the future draft picks from the Wilson trade may end up paying off in the long run, the Seahawks are likely in for a rough season, playing a game that at some points, might not look like much of a sport, depending on how ugly things get during the season in Seattle.

To be fair, this Seahawks fan opened themselves up to criticism, by opting for hate to begin with. Even if tennis may not be their preferred sport of choice, it’s absolutely a ridiculous take to suggest tennis is not a sport.

While this was likely all done in good fun, all the credit in the world to the US Open Tennis Twitter for the extra laughs today. Good luck with Drew Lock starting 17 games, but chances are, that won’t happen either.