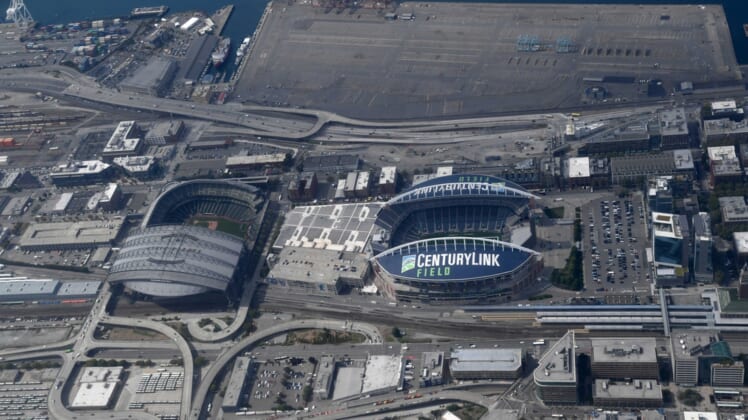 Aug 29, 2019; Seattle, WA, USA; General overall aerial view of T-Mobile Park (left) and CenturyLink Field. The retractable roof T-Mobile Park, opened in 1999 and formerly known as Safeco Field, is the home of the Seattle Mariners of the MLB. CenturyLink Field was opened in 2002 and was named Seahawks Stadium (2002-2004) and Qwest Field (2004-11). It is the home of the Seattle Seahawks of the NFL and Seattle Sounders of the MLS.Mandatory Credit: Kirby Lee-USA TODAY Sports

The Mid-Summer Classic will return to Seattle’s T-Mobile Park for the first time since 2001. The stadium was called Safeco Field then.

The Los Angeles Dodgers are scheduled to host the 2022 ASG.

Philadelphia is set to host the 2026 All-Star Game, marking the 250th anniversary of the signing of the Declaration of Independence.