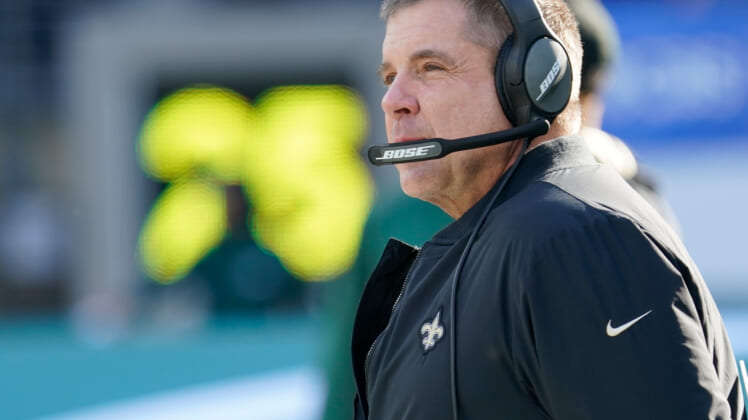 Despite the overwhelming success that he’s has in 16 seasons as the New Orleans Saints’ head coach, there continues to be rumors that Sean Payton might look elsewhere.

Previously, said rumors linked him to the Dallas Cowboys. Most recently, the NFL water cooler has pointed in the direction of the Las Vegas Raiders potentially looking to make a play for Payton in a trade with the Saints.

However, it’s this one report from ESPN’s Jeremy Fowler that has to be seen as eye-opening. The NFL insider noted recently that there’s growing buzz around the football world pointing in the direction of Payton potentially leaving the Saints for a broadcast gig on television.

“Not sure I see Payton walking away from coaching—he loves it too much—but there’s definitely some buzz there that maybe he’s being courted on that side,” one individual well-informed on the situation told Payton. “Maybe he goes and does that and returns one day to coach the Cowboys or something.”

This could very well be seen as reckless speculation on the part of those around the NFL. The issues with the narrative includes wholesale rumors in the past that Payton may look to bolt the Bayou for another job. They didn’t just come up out of thin air.

All of this comes with other reports suggesting that Amazon is looking to hire big-name individuals for its exclusive “Thursday Night Football” package starting in 2022. That includes the all-time great Al Michaels as well as former NFL Pro Bowl running back Marshawn Lynch.

Perhaps, these Payton rumors are tied to that aforementioned report. What we do know is that Amazon paid a pretty penny to acquire the rights to the mid-week game. It is not going to stop short of a full-court press when it comes to bringing in on-air talent.

Sean Payton and his future with the New Orleans Saints

During his brilliant 16 seasons as the Saints’ head coach, Payton has led the team to nine playoff appearances and a Super Bowl title. He’s among the most-successful head coaches in modern NFL history.

With that said, it might now be time for Payton to look elsewhere. New Orleans is coming off its first non-playoff campaign since all the way back in 2016.

Following the retirement of Drew Brees after the 2020 season, the quarterback position has become a major issue for these Saints. In fact, they had four different starting quarterbacks in 17 games last season. They don’t have a legitimate franchise quarterback to call their own right now (sorry, Taysom Hill).

In an NFC that is ripe with talent at the top (Tampa Bay Buccaneers, Green Bay Packers, Los Angeles Rams, San Francisco 49ers, Dallas Cowboys), it seems highly unlikely that the Saints are going to be legit conference title contenders any time in the near future despite Payton’s great coaching ability.

Potentially making a short-term move to the broadcast booth while seeing how the Mike McCarthy situation unfolds with the Dallas Cowboys could be in the cards here.