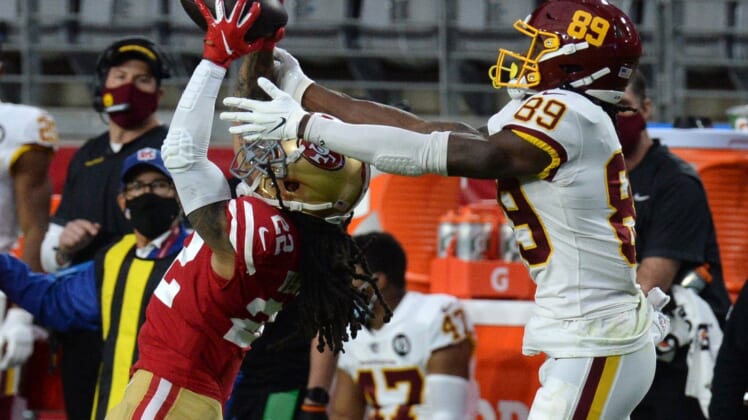 Cornerback Jason Verrett agreed to terms on a contract with the San Francisco 49ers on Monday.

Multiple media outlets reported the one-year deal is worth $5.5 million. The NFL Network noted that worth of the pact escalates to $6.5 million should Verrett make the Pro Bowl.

Fired up to have @Jfeeva_2 back w the squad! ?? Congratulations JV!

The move comes with the 49ers expecting to lose veteran cornerback Richard Sherman to free agency.

Verrett, 29, recorded a career-high 60 tackles to go along with two interceptions in 13 games last season.

A Pro Bowl selection in 2015, Verrett has totaled 140 tackles and seven interceptions in 39 career games (35 starts). He was selected by the then-San Diego Chargers in the first round of the 2014 NFL Draft.