Future Hall of Fame quarterback Russell Wilson is now on his way to the Denver Broncos. In what has to be considered one of the biggest blockbuster trades in NFL history, Wilson has been traded from the Seattle Seahawks to Denver according to multiple media reports.

ESPN’s Adam Schefter was the first to report that the two sides have been negotiating a blockbuster trade over the past several weeks.

All of this comes amid what was a growing belief that the Super Bowl quarterback would return to the Seahawks for an 11th season. That’s obviously not going to happen.

News of this earth-shattering trade also comes mere hours after the Green Bay Packers locked up Aaron Rodgers on a four-year, $200 million extension — making him the highest-paid player in league history. Reports had suggested that the Broncos were in on Rodgers if he had requested a trade. Obviously, general manager George Paton and Co. quickly turned their attention to Russell Wilson. 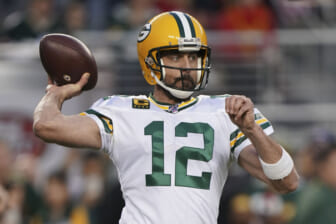 Details of Russell Wilson trade to the Denver Broncos

For a Broncos team that’s been without a franchise-caliber quarterback since Peyton Manning’s retirement following the 2015 season, this is an absolutely huge deal. It sets the team up to contend in the AFC moving forward.

For now, the NFL world has changed on a dime with news that Russ is headed to the Mile High City.