Despite rumors of turmoil, Donovan Mitchell wants to stick with Utah Jazz 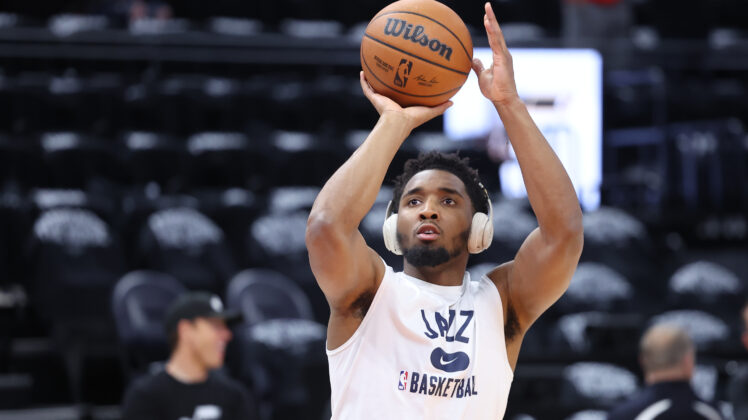 Donovan Mitchell and the Utah Jazz are fresh off yet another disappointing end to their season. Making the playoffs year after year as they do is great, but it’s also discouraging when their in-season effort is so strong, yet they can’t find a way to get past the Western Conference Semifinals. In fact, they couldn’t get out of the first round for the third time in the past four years.

At some point, there has to be change. Whether that’s in the form of Quin Snyder heading out the door as some rumors have suggested, or maybe it’s breaking up the top-heavy core of Rudy Gobert and Mitchell, if the Jazz want to break through, they can not keep doing the same thing and expecting unique results. Unless they’re insane.

Chances are, they are not.

Jazz getting eliminated could set up Donovan Mitchell trade, or no?

Their latest loss to the Dallas Mavericks in which the Jazz dropped the series 4-2 despite the Mavs being without their top player in Luka Doncic for the first three games could be the final straw, leading to some organizational changeover.

Yet, despite all the talk that’s ruminated over the Jazz for the past several seasons, arguably their biggest star, Spida himself doesn’t want to leave the web he’s spun in Utah for the past five years.

Speaking shortly following their loss on Thursday night, Mitchell admitted feeling the pain of another tough series loss in the playoffs, but he isn’t ready to throw in the towel just yet.

Asked by Sarah Todd of the Deseret News whether he wants to see things through in Utah, Mitchell had a simple, yet heartfelt response.

Mitchell went on to profess his admiration for the job Snyder has done, helping Mitchell reach the playoffs in each of his five seasons in the NBA so far, saying he’s doing a “phenomenal” job.

On the opposite end of the spectrum was Rudy Gobert, who seemed to speak in the past tense when referring to Snyder.

Whether this means Gobert already knows he could be headed out of town, or if it’s maybe Snyder who may be on the outs remains to be seen, but it sets up an interesting scene in Utah to follow along with this offseason. Will we finally see the Gobert/Mitchell pairing under coach Snyder broken up?

Related: How a Rudy Gobert trade to the Golden State Warriors might look