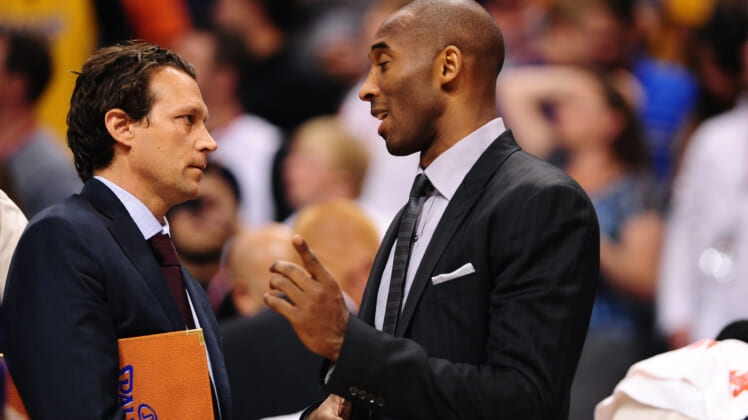 Coaching the Utah Jazz to the playoffs for six of his eight seasons since joining the team in 2014 might not be enough for Quin Snyder to stick around for a ninth year leading the franchise.

Yes, a roster led by Donovan Mitchell and Rudy Gobert has been good, sometimes great at times, but should the Jazz have gotten farther than the Western Conference Semifinals by now? Many observers would argue that they should have been able to accomplish more with a roster good enough to win 50 games on three separate occasions since Snyder took the job.

On one hand, maybe the Jazz would have never become a top competitor in the West if it weren’t for Snyder’s coaching, but another argument could be made that he should have been able to do more once the postseason came around.

Snyder has already been linked to the San Antonio Spurs, should Gregg Popovich decide to call it quits now that he’s the NBA’s all-time wins leader. He’s also being mentioned to take over for Frank Vogel with the Los Angeles Lakers in 2022-23 if they can’t gain any ground during the final few weeks of the regular season.

Could the Utah Jazz fire Quin Snyder at the end of the year?

It seems unlikely for a team who’s been as good as the Utah Jazz have to even consider making a coaching change, but one could be on the horizon if they disappoint once again come playoff time.

This exact scenario is one Marc Stein recently examined. He notes hearing league insiders recently discussing the possibility of the Jazz firing Snyder once their basketball season concludes.

Obviously all these rumors could quickly float away if the Jazz can make a strong postseason push, but simply reaching the Western Conference Semifinals for the third time in Snyder’s tenure won’t cut it. This Jazz squad needs to make some noise. Otherwise, Snyder could find himself looking for a different job this offseason.

By all indications, Snyder will have no issues landing back on his feet. The Lakers would be foolish not to consider Snyder if he became available. He also has some experience working in the organization, when he spent the 2011-12 season in L.A. with the Lakers under Mike Brown.