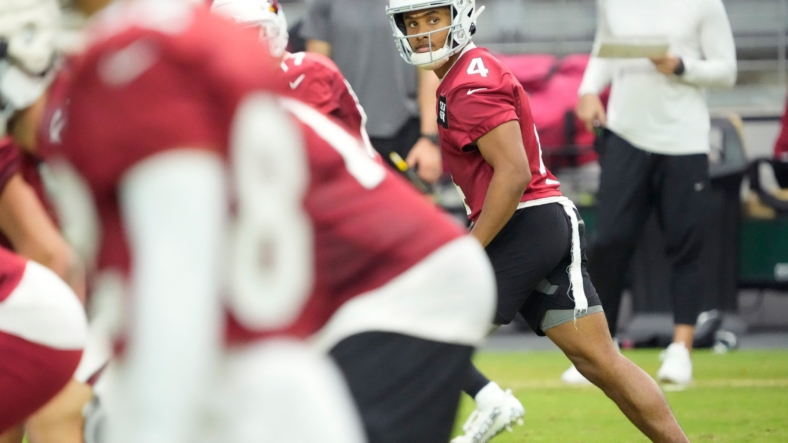 The Arizona Cardinals are expecting second-year wide receiver Rondale Moore to step up with fellow pass-catcher DeAndre Hopkins suspended for the first six games of the 2022 season. The hope was that he’d be able to make an impact out of the gate, starting Sunday against the Kansas City Chiefs.

Now, we’re not too sure. In what can’t be considered good news for the Cardinals, Moore pulled up lame with a hamstring injury during practice on Thursday. According to Aaron Wilson of Pro Football Network, the former Purdue star will undergo an MRI to determine the severity of the injury.

First off, hamstring injuries have a way of lingering. That’s magnified when we’re talking about a wide receiver who relies on his short-area quickness and speed. Secondly, the scheduling of an MRI seems to be an indication that the Cardinals believe this is no minor injury. With that said, we’ll reserve an opinion on that until more information is released.

Arizona has gone with just five active wide receivers to open the 2022 campaign. Right now, Moore is listed as one of the three starters with A.J. Green and the recently-acquired Marquise Brown.

It’s not an especially deep unit for quarterback Kyler Murray with Greg Dortch and Andy Isabella as the two backups. If Moore is forced to miss Week 1, Arizona will call up one of Andre Baccellia or Victor Bolden from the practice squad.

A second-round pick out of Purdue last year, Moore hauled in 54 of his 64 targets. While he was utilized more on short and intermediate routes, the Cardinals were expecting growth from the 22-year-old pass-catcher as a sophomore.

Moore had been dealing with an undisclosed injury, but was able to return to practice on Wednesday. Cardinals head coach Kliff Kingsbury noted ahead of Thursday’s injury news that he was “hopeful” Moore will be able to go against Kansas City.

If Rondale Moore has to sit this one out, the onus will fall on Green and Brown to step up if Arizona wants to keep pace with Patrick Mahomes and the high-flying Chiefs offense.

As for the injury, we’ll provide updates once they become available.