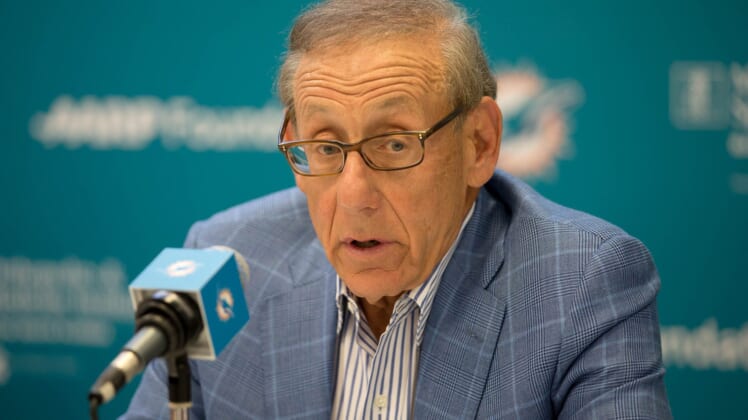 After Sunday’s Super Bowl, the NFL turns to the offseason, and with that, we could see several differences from one year to the next. One topic we’ll hear more about is the investigation into the claims made by Brian Flores suggesting Stephen Ross, the Miami Dolphins team owner, offered to bribe his coach, paying him an additional $100K for each loss the team suffered, among other things.

Even the news of Tom Brady retiring isn’t enough to squash this story. Then we had Hue Jackson saying he was also incentivized to lose, before later walking back his words.

But even the concept of teams losing games on purpose is a serious allegation and chances are if there are two possible occurrences, there have been several more over the years.

In the case of Flores, he reportedly has witnesses and documents that can back up what he says, which should be just enough for the league to take action, if they choose. Yet, there’s always the chance owners could take matters into their own hands, the question is whether they will or not.

Would the other NFL team owners vote out Stephen Ross?

According to NFL Network’s Ian Rapoport, when discussing the topic of Stephen Ross and the recent allegations NFL commissioner Roger Goodell had an interesting statement that provided a sharp reminder of how the league works.

Goodell mentioned he will take the claims of tanking seriously and he intends to leave no stone unturned in the investigation. If found guilty, the punishment would be extreme. But more so he mentioned how if teams really wanted to, they do have the ability to vote Stephen Ross out as an NFL team owner.

It brings up an interesting thought. Sure, the NFL owners have the ability to vote Ross out, but would they actually do so? If what Hue Jackson was saying was also true, then Cleveland Browns owner Jimmy Haslam also has some questions to answer. Chances are if there are two claims in recent history, then there’s likely more.

My point is, owners may not be as quick as some would think to work toward eliminating corruption, when, let’s be honest, they’re not all innocent either. Unless they’d like to be seen as hypocrites and just want Ross to fall on the proverbial sword to take the blame.

It should be a very interesting investigation, but the league knows they can’t afford to suddenly have two or more owners found to be major violators of some of their most ethical competitive rules. For that reason alone, the punishment, if there’s one at all, will likely try to all be funneled to Ross to make it seem like the rest of the league is innocent and clean. And that’s not right either.