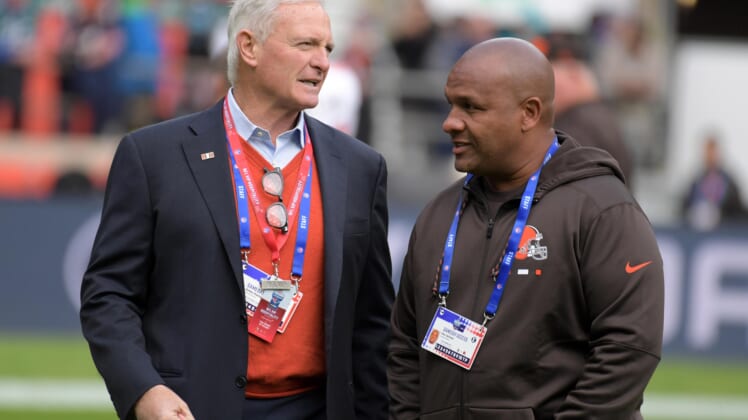 The Brian Flores lawsuit against the NFL is just the tip of the iceberg. Former Cleveland Browns head coach Hue Jackson is also suggesting he was offered a bonus amount of money to tank by owner Jimmy Haslam, with the goal aimed at losing games on purpose.

Of course, this echoes much of the same claims Flores made on Tuesday, saying Miami Dolphins team owner Stephen Ross offered to pay the coach an additional $100,000 per loss in 2019. While Flores refused, Jackson seems to hint that when he was placed in the same position with the Browns, he took the money, and accepted the loss.

It all goes down on social media, which is what happened here with Jackson too. When a tweet suggested Haslam wouldn’t have offered $100K per loss, Hue interjected, hinting on the contrary.

Later, Hue Jackson doubled down, with the assistance of Kimber Diemert, who says she has records that help bolster the case Flores has built against the NFL. She also links current president of the Cleveland Browns, Paul DePodesta and current general manager Andrew Berry, saying they also received bonus money to tank.

Needless to say, this isn’t a good look for anyone. Brian Flores seems to be the only one who hasn’t been linked to any sketchy tactics. If what Jackson is saying is true, it’s an embarrassing admission.

No coach should accept bonus money to lose games. It sends a terrible message to the players in his locker room. How would Joe Thomas feel if he knew his coach was willingly tanking games, losing on purpose to fatten his pockets during the final two seasons of his Hall of Fame NFL career?

This is going to get messy. Since Flores’ suit falls under the class action category, expect Jackson and several others to help stack up evidence. Chances are if it happened to Flores and Jackson, there have been several others too.

No owner, coach, or executive should be associated with the game of football if they’re willingly being paid to tank, worsening the quality and integrity of the game.

This doesn’t underscore the importance of highlighting the systemic racism throughout the NFL, but Jackson’s admission seems to back up some of the claims Flores is making, despite the NFL trying to claim his lawsuit has “no merit”. 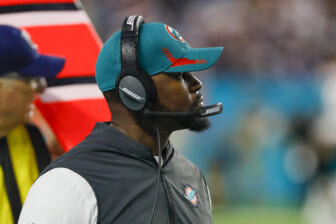