Why Richard Sherman to the 49ers makes perfect sense

A report then surfaced that Sherman is set to meet with the 49ers’ brass on Saturday and could sign a deal with the team shortly.

Richard Sherman could be seeing Seattle twice a year:

Sherman is scheduled to meet today with 49ers’ officials, sources tell ESPN. 49ers want to make sure Sherman healing from injuries, and if both sides pleased with meeting, they will try to get contract done, per sources.

For some, this makes absolutely no sense. In his seven seasons with the Seattle Seahawks, San Francisco acted as Sherman’s chief rival. The two met in the 2013 NFL Championship Game with a Sherman tipped pass late in the game resulting in a Seattle victory and eventual Super Bowl championship. 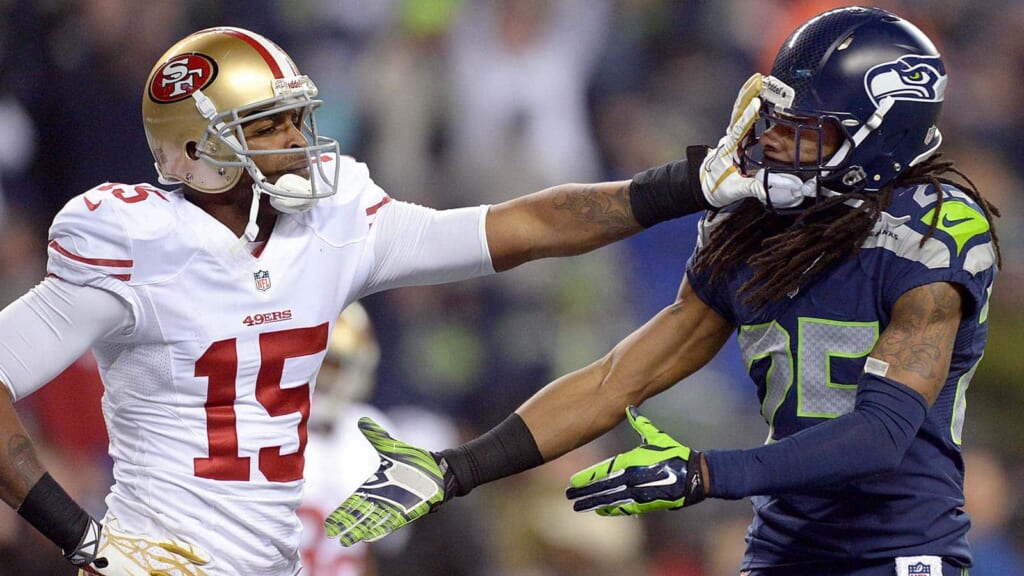 That’s fine. But it’s not like we haven’t seen players move on to rival teams in recent seasons. This wouldn’t necessarily be an exception to the rule. And it’s pretty much the most logical fit for Sherman

To say that San Francisco needs cornerback help would be an understatement. The team put a feeler out there for Pro Bowler Marcus Peters prior to him being dealt from Kansas City to the Los Angeles Rams. It was also interested in both Aqib Talib and Vontae Davis before they moved on to new teams earlier in the offseason.

Sherman himself has stated that he wants to play with a great quarterback. And while Jimmy Garoppolo is not necessarily in that category as of yet, he’s seen as a franchise quarterback and future All-Pro performer.

Though, the Sherman to San Francisco link is much more than this. He’s a west coast guy, having grown up in Los Angeles. He graduated from the Bay Area’s Stanford University. He played under current 49ers defensive coordinator Robert Saleh in his first three seasons with the Seahawks.

Some will conclude that San Francisco would be taking a chance by signing a soon-to-be 30-year-old cornerback that’s coming off two Achilles surgeries. That’s true.

It’s also true that Sherman wouldn’t necessarily be coming in on a long-term deal with a whole bunch of guaranteed cash. He’d also give a young 49ers defense both the personality and experience that it seems to be missing.

There’s a lot working in favor of Sherman landing in San Francisco. And if a deal were worked out here soon, it would indeed make perfect sense.