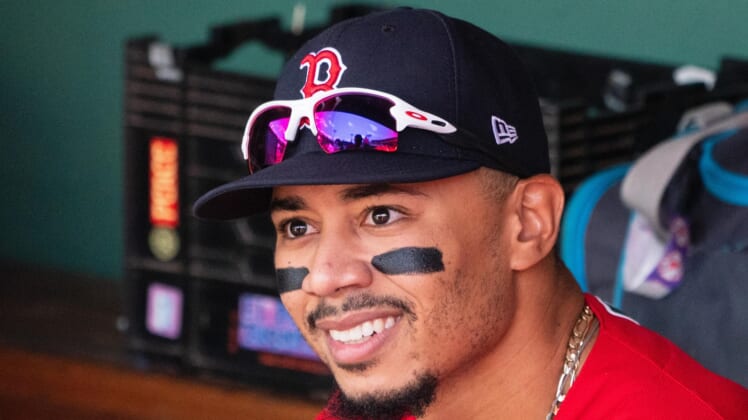 Earlier this weekend it sure looked like the three-team trade sending Mookie Betts and David Price from the Boston Red Sox to the Los Angeles Dodgers was dead.

That’s far from the case. According to ESPN’s Jeff Passan, the Sox have a deal in place to send Betts and Price to Los Angeles for prospects Alex Verdugo and Jeter Downs, among others.

Meanwhile, Ken Rosenthal of The Athletic notes that Minnesota has acquired Kenta Maeda from the Dodgers in exchange for top prospect Brusdar Graterol.

Graterol’s medicals were a point of contention for the Red Sox, nearly killing this deal altogether. It does not seem like the Dodgers have the same issue.

This also means that the long-anticipated trade of Joc Pederson from the Dodgers to the Los Angeles Angels will soon be completed.