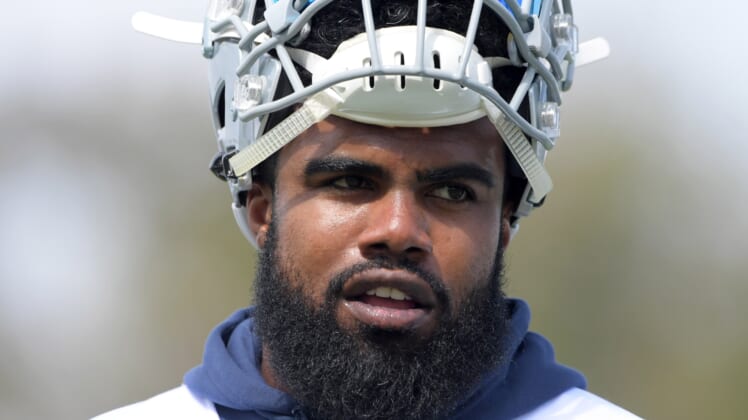 The U.S. District Court for the Eastern District of Texas has granted an NFLPA motion for a temporary restraining order (TRO) against the NFL stemming from the Ezekiel Elliott six-game suspension.

This comes days after independent arbitrator Harold Henderson upheld the six-game ban the NFL levied against Elliott for his alleged involvement in multiple domestic violence situations.

The decision means a couple things.

Most importantly, it’s highly likely that Elliott will now play the entire 2017 season while this thing is straightened out in court. The NFL’s next move is to go through the appellate court, which will take some time to be added to the docket. Just look at the timeline for the Tom Brady court battle as an example here.

Secondly, this will now be a protracted court battle between the NFL and the NFLPA. Remember, the league had already filed a motion in New York claiming that Texas doesn’t have jurisdiction over its arbitration process (more on that here).

In a sense, the league will arguing in that specific hearing that New York, the actually home of the NFL league office, takes prescendece over the state of Texas in cases of arbitration under the collective bargaining agreement. Considering Elliott himself is employed in Texas, and pays taxes in that state, it might ultimately be a fruitless argument.

On the other hand, the NFLPA will continue to argue that Elliott’s rights are being violated as a member of its union.

The question here is whether NFL Commissioner Roger Goodell has overstepped his authority in cases of arbitration. We focused on this after the suspension itself was handed down last month (more on that here).

For now, it appears that Elliott’s short-term ability to take the field for Dallas won’t be impacted. That’s good news for the Cowboys and fantasy football owners the world over.

But this case is far from settled.