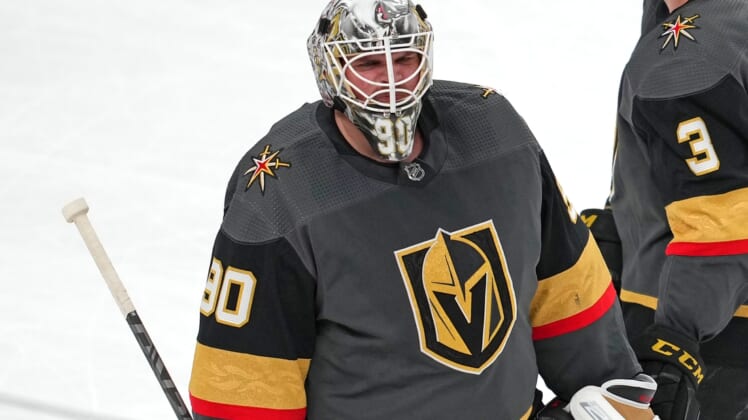 Golden Knights coach Pete DeBoer, however, disputed the report when asked by beat reporters why Lehner was not in attendance on Friday.

“Not to my knowledge. It was a maintenance day today,” DeBoer said. “I expect him at practice tomorrow. I expect him dressed on Sunday.”

Lehner sustained the injury on March 8 at Philadelphia and was placed on injured reserve six days later.

He returned to action on April 3 and started Wednesday’s game against the Washington Capitals. He was pulled after stopping 12 of 13 shots in the first period.

With four regular-season games left, Vegas (42-31-5, 89 points) trails the Dallas Stars by two points for the second wild-card slot in the Western Conference.