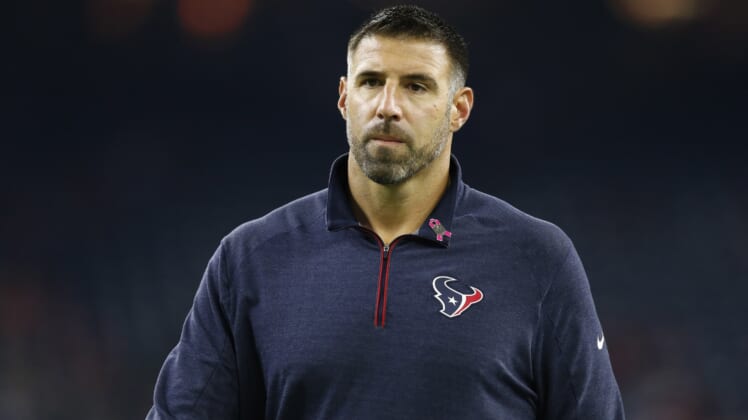 The Tennessee Titans suddenly have a vacancy at head coach after Mike Mularkey couldn’t come to an agreement with team brass about the future of the organization. It’s a pretty stunning development considering a report emerged Sunday night that Mularkey was being offered a contract extension, and that the team made it clear he’d be back in 2018 just a week before.

But the job is now open, and one of the men who is being considered to fill this vacancy is Houston Texans defensive coordinator Mike Vrabel.

The Titans are going to interview Texans DC Mike Vrabel for their head coaching job to replace Mike Mularkey.

Vrabel is a hot name out there and has been since last offseason. Ultimately he ended up remaining in Houston, but the interest in the former New England Patriots linebacker has not waned. He’s also been linked to the Indianapolis Colts, among other teams.

If the Titans did end up going with Vrabel then it would likely be due to Josh McDaniels choosing the Indianapolis Colts (or remaining in New England) instead of coming to Tennessee. He’s reportedly very interested in coaching Marcus Mariota, and Lord knows the young quarterback needs some guidance after the past couple of seasons under Mularkey.

This is going to be an interesting story to track. Tennessee has impressive talent on both sides of the ball and plays in a winnable division, so this is an appealing gig.