Report: LeBron James Would Love to Play for Mark Jackson

Less than 24 hours after falling to the San Antonio Spurs in the NBA Finals, there are numerous reports out there surrounding LeBron James of the Miami Heat, who can opt out of his contract later this month.

One such report has surfaced indicating that James would love to play for former Golden State Warriors head coach Mark Jackson, who was fired after leading them to a 51-win season.

Jackson was considerd a player-friendly coach during his tenure with the Warriors, so this shouldn’t come as too much of a surprise. The issue with this is that Jackson is currently without a job and was actually calling Miami’s Game 5 loss to the Spurs for ESPN.

While there is no indication one way or another why Jackson was relieved of his duties after leading the Warriors to their best season in nearly a quarter century, most reports focus on a continued rift between the coach and Golden State’s front office. Then you had the report that Jackson was not inclined to bring in Jason Collins because of his sexual orientation.

There are so many backstories to the entire Jackson saga in Northern California, but one thing is clear at this point. He is not currently a top candidate for either of the two head coaching vacancies in Los Angeles or Cleveland. With all that said, LeBron himself has been linked to both the Lakers and Cavaliers should he decide to opt out of his contract later this month. 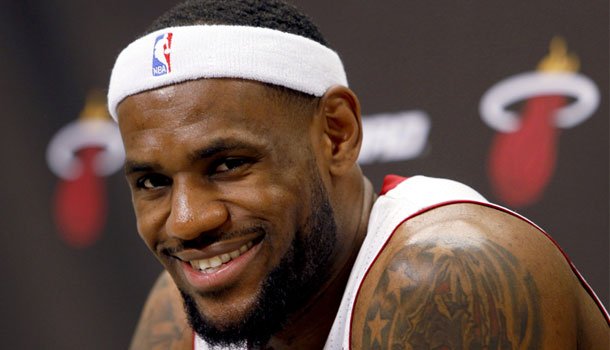 For their part, the Lakers and Cavs could very easily decide to bring in Jackson with the idea that James would follow. This is one of the primary reasons that the Lakers have decided to hold off until James makes a decision to hire a head coach. Would hiring Jackson be the carrot James needs to be dangled over his head in order to sign with one of these two teams? That’s the ultimate question.

As it relates to the Warriors, this probably doesn’t change a whole lot. They haven’t really been rumored to be serious players for James should he opt out. They do, however, have a lot of what James will likely look for. With the likes of Stephen Curry, Klay Thompson and Andrew Bogut on the roster, Golden State could be an attractive destination for the two-time NBA champion.

That doesn’t take into account the fact that Golden State will be getting a new arena at some point in the not-so-distant future and boast a respected NBA mind in Steve Kerr as its newest head coach. It remains to be seen what James’ thoughts on the Warriors are after they fired a man he respects a great deal. That could play a role should the Warriors become serious players for his services.

Also, cue New York Knicks fans jumping all over the Derek Fisher hiring. Mark Jackson clearly fit the mold of the type of head coach that Phil Jackson was looking for prior to hiring his former pupil with the Los Angeles Lakers. If James does sign with either the Cavs or Lakers after they hire Jackson, you know very well Jackson will be maligned by the always entertaining New York Media.

As it is, enjoy the ride. This LeBron James story promises to continue taking up headlines over the next couple of weeks.