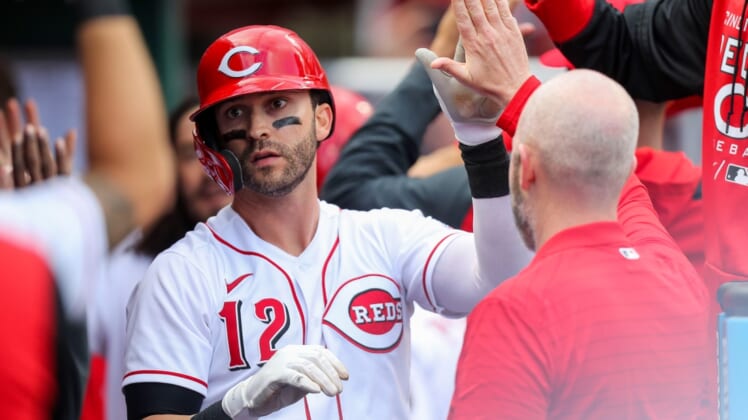 Naquin, 30, is hitting .273 (9-for-33) with one homer, five RBIs and one stolen base in nine games this season. He is in his second season with the Reds after spending his first five campaigns with the Cleveland franchise.