It does not appear that former Baltimore Ravens running back Ray Rice has touched his Twitter account since the devastating elevator incident that showed him punching out his then-fiancée Janay Palmer on February 15, 2014.

Rice’s Twitter account still lists him as a running back for the Baltimore Ravens. His last tweet was posted on February 14, 2014 which was one day before he decided to turn his world upside down and commit that horrible act of domestic violence. 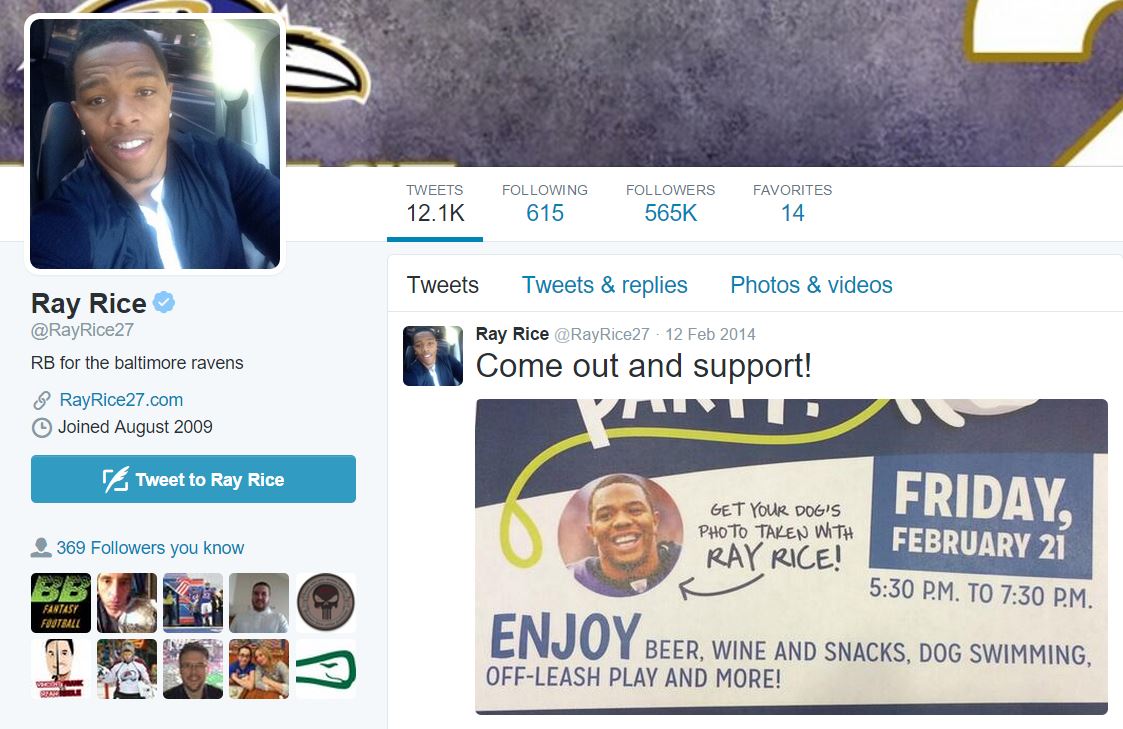 Rice is desperately seeking another opportunity to play in the NFL. It has been nearly one year since he has set foot onto a football field. Since getting cut by the Ravens, Rice has owned up to and publicly apologized for his actions via a letter to the Ravens organization and through video interviews.

As training camps play out and potential injuries become realities, the window for Rice to possibly be offered another chance is now upon him. On the flip side, we can understand why teams would want to steer clear of the drama that would come along with signing Rice.

It is interesting that to date, he has yet to amend, update or shut down his Twitter account that still shows 565,000 followers.