Suspended punter Jake Bailey doesn’t understand why he was suspended by the New England Patriots on Friday, and his representation has officially filed a grievance with the NFL over the decision.

This had been an unusual season for the Patriots. The team made very odd decisions when it came to their offensive coordinator opening. Head coach Bill Belichick opened the door to a quarterback controversy more than once during the season, and their players made uncharacteristically bone-headed decisions in their Week 15 loss to the Raiders.

On Friday, the curious choices continued when the team surprisingly suspended rookie defensive back Jack Jones, and punter Jake Bailey. Furthermore, the Patriots made the suspension retroactive to Dec. 31, meaning it would cost both players their cheeks for this week and last week’s games.

Well, it seems that Bailey is not taking the decision lying down and plans to file a grievance with the league over his suspension.

In November, Bailey was placed on injured reserve, but was off the list late in December and had partially practiced the last two weeks in the hopes of playing in Week 17. However, a source told ESPN yesterday that “the team suspension is due, in part, to differing viewpoints on if Bailey was ready to return to game action.”

In a statement, Bailey’s Agent Doug Hendrickson told Pro Football Talk that his client “was ready, willing, and able to return to play” before his surprise suspension yesterday.

“While Jake Bailey was on IR he never missed a single treatment, meeting, or practice. He was hoping to come off IR to play last weekend, but Jake was informed he was being suspended these last two games. This comes as a surprise given his full participation during injury reserve. We have filed a grievance to fight this unknown suspension.” 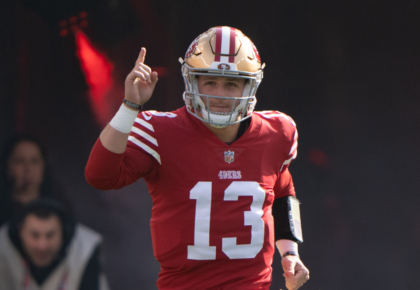 Bailey signed a three-year, $9.1 million extension that included a $3 million signing bonus this season. Making the suspension for the final games of the season, and Bailey’s claims of being surprised just the latest odd moment in a weird season for the New England Patriots.