The San Francisco 49ers are the hottest team in the NFL after winning nine straight. Rookie Brock Purdy has been a key part of that run of dominance and it seems head coach Kyle Shanahan realized early on that he had something special on his hands in the young quarterback.

The 49ers have had some terrible luck in 2022 when it comes to their QB depth chart. Not only did Week 1 starter Trey Lance go down with a season-ending injury, but so did his replacement, and 2021 starter Jimmy Garoppolo.

A team losing their starting signal-caller is usually enough to sink a season, however, losing a good backup should have been the death of the San Francisco 49ers’ 2022-2023 campaign. Yet, for all the bad luck, they have been graced with the good fortune of having a third-string rookie QB that has taken the league by storm.

Brock Purdy has helped lead the 49ers to victories in every game since being thrust into the starting role in Week 13, and he has been impressive doing it. Throwing 10 touchdowns to just three interceptions. It’s a stunning start for any rookie QB, especially one that was the final pick in April’s NFL Draft.

However, it seems that it did not take head coach Kyle Shanahan long to understand that the team had a very different situation on its hands.

For the San Francisco 49ers head coach, he didn’t need a couple of games and practices of Purdy as a starter to get comfortable with him leading the offense. On a Thursday chat with KNBR 680’s “Tolbert & Copes,” the HC said he knew the rookie was different when he got home after Purdy filled in to lead the 49ers to a win over the Dolphins. 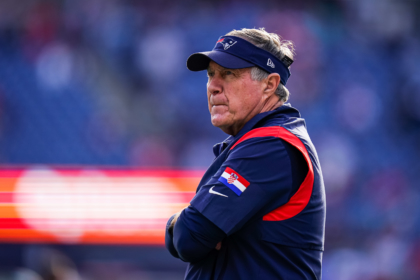 The 43-year-old added that early in Brock Purdy’s tenure he saw the Iowa State standout make the right plays and place passes where they needed to be. Proving to him that the keys to the offense were in shockingly good hands.

“You realize your third guy is going in there, it’s his first game, but after watching him for just a few series, I quickly forgot about it. And that’s not because I forgot about it, that’s just because he made me forget about it. The ball’s going to the right spot, he’s playing aggressive, but not stupid. He’s playing fast and things are going well. I was surprised when I got home that night that I was feeling that way.”

The San Francisco 49ers head into the final week of the NFL season with a chance to clinch a first-round bye in the playoffs if they defeat the Cardinals, and the Philadelphia Eagles lose to the New York Giants.