San Francisco 49ers cinderella story Brock Purdy was the final pick in the 2022 NFL Draft, and the rookie quarterback actually believes being taken so late in the annual event was understandable based on his body of work in college.

Brock Purdy has been on a wild ride over the last five weeks. He was thrust into a starting role on a Super Bowl contender after both Trey Lance and Jimmy Garoppolo suffered season-ending injuries during the year. Considering the track record of third-string QBs at this level, mediocre at best would have been understandable from the 23-year-old. Yet, the 49ers have gotten the opposite out of the Iowas State star.

The team is unbeaten in his five starts, the rookie has thrown for 200 yards or more in all but one and has logged at least two touchdown passes in every game. For a seventh-round pick winning big games for a top team, things really could not have gone much better.

Also Read: 3 reasons why QB Brock Purdy is the future for the San Francisco 49ers

Purdy’s fantastic play has led many to question NFL observers for his low draft grade and designation as “Mr. Irrelevant” in 2022. After being selected with the 262nd and final pick of the draft. However, it seems that Purdy himself believes his late selection was warranted.

During a conversation with San Francisco radio station KNBR 680, Brock Purdy was asked about being taken 262 overall and was brutally honest about his last two seasons at Iowa State doing him no favors with draft evaluators.

“You look at the last two years of my film in college and everything like that, [and] there’s some parts of my game where, yeah, I had to work and improve on. I’m honest and open about that with myself. But there’s always this part of me where I’ve been like, when I’m playing my best football, I know I can play at the next level and take a team down the field and be the guy to help us win and put points up on the board.

“So, I’ve always believed in myself, but there were areas of my game that I had to clean up, so that’s something I’m not secretive about or anything. I’m open about it, I’m real with myself.” 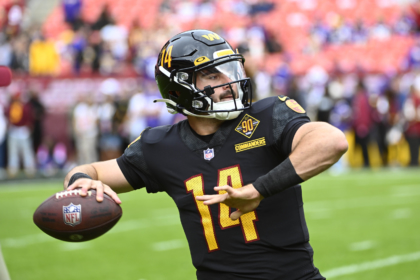 In eight appearances overall for the San Francisco 49ers in 2022-2023, Brock Purdy has thrown for 1,196 yards and has 10 touchdowns to just four interceptions. He also has a 101.4 passer rating, which would be seventh-best in the league if not for his lack of playing time compared to many other starters in the league.