In the latest installment of the Washington Commanders’ dysfunctional decision-making this season, the team is expected to make another quarterback switch in Week 18, and this time it will be to a rookie QB.

The Commanders entered Week 17 with a solid chance to make the playoffs in 2022-2023, despite a terrible start to the season. However, instead of going with backup Taylor Heinicke, a player who led the team to a 5-3-1 record this season in relief, head coach Ron Rivera went back to inconsistent veteran Carson Wentz as the starter. That was not a good idea.

On Sunday, the Washington Commanders were demolished by the Cleveland Browns, 24-10. The defeat eliminated them from playoff contention and Wentz was the scapegoat as the seven-year veteran had a season-worst three interceptions at the most inopportune time.

Well, it seems that instead of finishing out the season with Wentz, Rivera will again make a QB change for the team’s matchup against the Dallas Cowboys in their season finale on Sunday.

On Wednesday morning, ESPN NFL insider Jeremy Follower first reported that “The Commanders are expected to turn back to Taylor Heinicke as the starter for Sunday’s season finale vs. the Cowboys.”

However, Fowler also added that rookie Sam Howell was expected to get some playing time on Sunday. Well, it seems that wasn’t accurate, and later in the day head coach Ron Rivera revealed Howell will make his NFL regular season debut and actually be getting the start over Heinicke on Sunday. 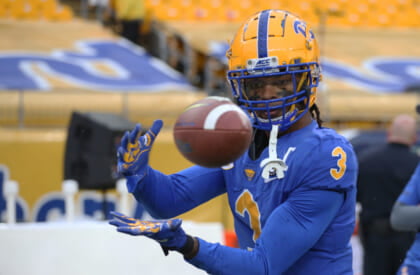 North Carolina standout Sam Howell was selected in the fifth round of the 2022 NFL Draft. The 22-year-old made three appearances for the team during the preseason. Throwing for 547 yards and one touchdown in 69 attempts. Howell also rushed for another 91 yards this past summer.