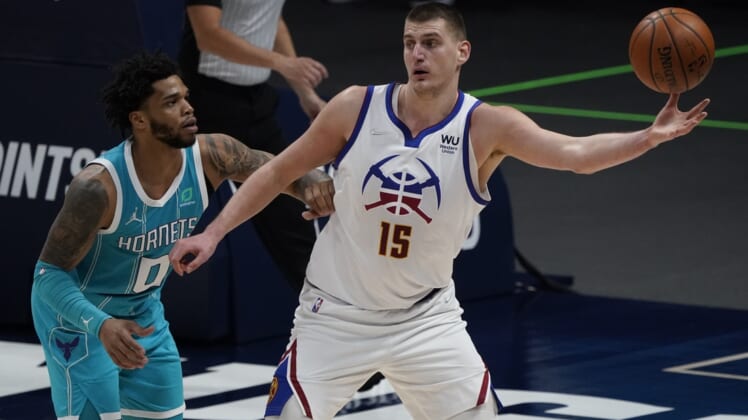 The Denver Nuggets were scuffling before heading out on a four-game road trip just before the All-Star break. Denver was just two games above .500, and a bad trip could have put last year’s Western Conference finalist out of the playoff picture.

The road became a turning point for the Nuggets. They swept the four games, won again on the road coming out of the break and have won seven of their last eight. They are rolling with two games left on this four-game homestand and the Chicago Bulls coming to town on Friday night.

Chicago is coming off of a disappointing home loss to San Antonio on Wednesday night. The Bulls led by 13 entering the fourth quarter and were outscored 39-19 in the period to lose 106-99. It left a bad taste in their mouths after having beaten Toronto and Oklahoma City.

“You’re pissed off. I don’t know how anybody else feels. I know how I feel. It’s upsetting. You feel the momentum shift in the game. Sometimes you can’t do a lot about it.”

Chicago has to quickly shift to face a Denver team it lost to at home on March 1. Nikola Jokic had a dominant game that night with 39 points, 14 rebounds and nine assists, and he had 10 points in a stretch of the fourth quarter when the Nuggets held off a rally by the Bulls.

Jokic and Jamal Murray are the catalysts for Denver’s success, but the emergence of Michael Porter Jr. has added another dynamic player to the mix. Porter had 17 points and 15 rebounds in the first meeting against the Bulls, and he is coming off one of his best defensive games in a rout of Charlotte on Wednesday night.

“He had 28 points, he had 13 rebounds, but what impressed me more than anything was his defense on Gordon Hayward,” Nuggets coach Michael Malone said after Wednesday’s game. “Gordon Hayward is having a phenomenal year for Charlotte. He’s a big part of the season they’re having, but I was really impressed with some of Michael’s defensive possessions.”

Denver is still dealing with injuries to its backcourt. Gary Harris (left adductor strain) has missed 12 straight games, and Monte Morris (quad) has been out for the last three. Facundo Campazzo, the 29-year-old rookie from Argentina, has stepped into the void. Wednesday he had 10 of the Nuggets’ 37 assists and also recorded four steals.

Denver may get rookie R.J. Hampton back against the Bulls. He hasn’t played since Feb. 27 due to health and safety protocols, but he was on the bench Wednesday night, indicating he has been cleared to return.