The NBA season came to a close on Saturday as the Golden State Warriors wrapped up their second consecutive title and third in four years. Now the offseason begins and teams around the league try to take down the champions.

In order to take down this dynasty, teams will obviously covet the top free agents this offseason. This year’s class offers elite talent at the top with some core pieces even outside the top-four players that could make a difference for potential playoff hopefuls.

Some of this year’s top free agents will inevitably remain with their respective teams. But in a free agent class with LeBron James, Paul George and many others, there will be perennial All-Star players finding new homes.

Here is a look at the top 15 NBA free agents this offseason and predictions for where each of them could land.

In 22 postseason games, James averaged over 30 points, nine rebounds, nine assists and two steals per game. More impressively, James played in every game this season and averaged 42 minutes played in the postseason. Yet the Cavaliers fell short.

This decision will likely come down to the Cavaliers, Houston Rockets, Boston Celtics, Philadelphia 76ers and Los Angeles Lakers. For James, his best opportunity to compete will come in Houston, Boston or Philadelphia, but the Rockets and Celtics will face roster and financial limitations. In the end, Philadelphia’s young nucleus will be a major draw for James and the interest could be even stronger if Philadelphia hires David Griffin as its general manager.

Needless to say, Duran’t decision to join Golden State has paid off. Two championships later, his legacy as one of the most game’s best players only continues to grow.

The veteran is expected to exercise his opt-out clause this offseason, but he already announced he will re-sign with Golden State. Now it’s just a matter of waiting to see if it’s a long-term or short-term contract. 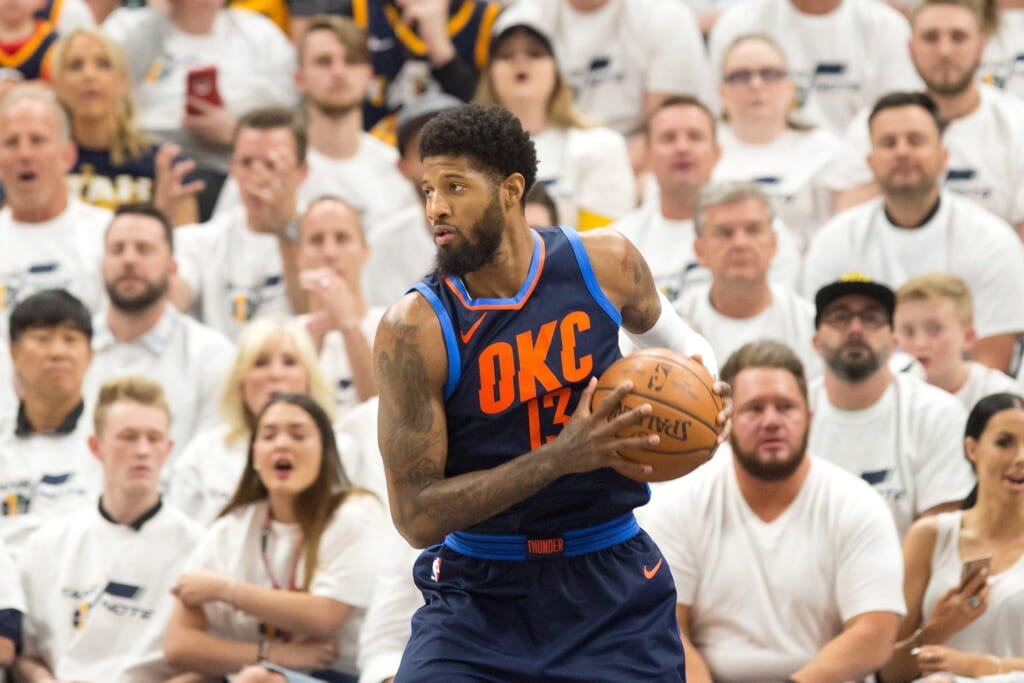 Oklahoma City held the early advantage with a full season to convince George to remain with the Thunder and sign a long-term deal. While playing with Russell Westbrook and Steven Adams is nice, far better options will be available for him.

The five-time All-Star will certainly talk to James about his landing spot, while the Houston Rockets will pursue him and Utah Jazz guard Donovan Mitchell will recruit the small forward. He’ll make an impact wherever he lands, but the chance to play at home in Los Angeles and potentially add another superstar could prove to be the ultimate draw for George.

While Denver holds a team option for Jokic, it’s more likely the organization allows Jokic to become a restricted free agent. The benefit of this is they can match any offer Jokic receives and have him signed to a max contract for the foreseeable future. If they picked up his team option, he would become an unrestricted free agent next offseason.

The 23-year-old took another step forward this past season and averaged 18.5 points, 10.7 rebounds, 6.1 assists and 1.2 steals per game this season. Either Denver will sign him to a max extension or they’ll match a max offer he receives.

The 33-year-old hits unrestricted free agency and will seek a max contract. It could prevent Houston from making a serious run at a potential “Big Three” and retain some of their key free agents.

In the end, Paul’s free agency may not last long. Houston will do what it takes to retain him and put the lineup back together that held a 3-2 series lead over the Warriors before CP3 hurt his hamstring. The wildcard could be if James and Paul decide to team up elsewhere.

A restricted fee agent, Capela’s market will be partially dictated by the NBA Draft. The Phoenix Suns are still likely to take DeAndre Ayton with the No.1 pick and Mo Bamba is another compelling center in this year’s draft class.

Even with a strong draft class, the 24-year-old enjoyed a breakout season in 2018 and averaged 13.9 points, 10.8 rebounds and nearly two blocks per game. Houston’s ability to match any offer he receives, including a max contract, will ultimately compel the Rockets to keep their original trio together. 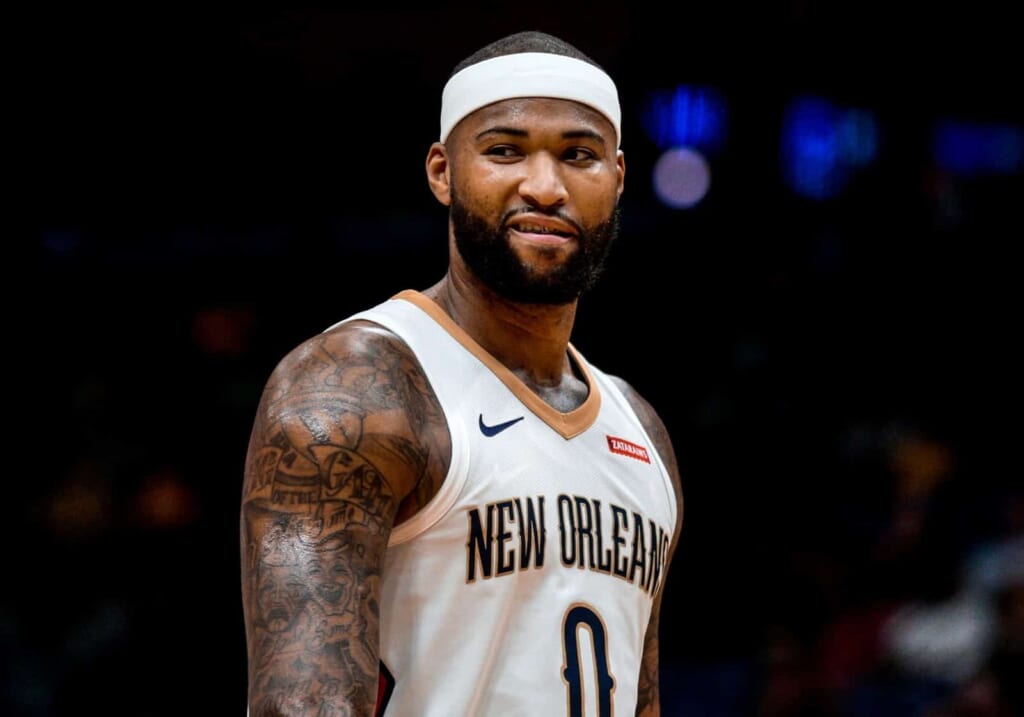 The career earnings for Cousins were likely forever damaged by two moments. First, the Sacramento Kings traded him rather than signing him to a max contract. It cost him tens of millions, but ultimately he would still be able to sign a max contract.

A torn Achilles proved to be an even bigger blow for Cousins, whose marked is already excepted to be thin this season. He’ll still likely draw interest from New Orleans, the Dallas Mavericks and Los Angeles. Dallas may end up offering the most money, but a chance to play with George in Los Angeles and compete against the Kings could be extremely alluring.

The 22-year-old hits free agency with his first opportunity to land a massive contract in his career. A versatile forward who can handle the ball and averaged 17.6 points and 7.9 rebounds last season, the restricted free agent should draw significant interest.

While Orlando will have the right to match, the organization may ultimately look to go elsewhere if another organization offers Gordon a max contract. Teams seeking to build around young stars and become playoff contenders, such as the Indiana Pacers and Mavericks, could have the most interest in Gordon. Given free agency is Indiana’s best shot at landing an impact player to pair with Victor Oladipo, that’s where we’re leaning.

A free agent once again, Jordan’s offseason may not be quite as eventful as the craziness that occurred in 2015. The Mavericks will be focused on younger options, but the 29-year-old will certainly not fall short on suitors.

Jordan, coveted for his rebounding and defense, will likely draw interest from teams like the Clippers, Lakers and New York Knicks. Los Angeles will offer him the chance to stay in California, but he could become pair nicely in New York with Porzingis and be a comfortable fit in the offense.

A restricted free agent, the 23-year-old took a major step forward last year with Los Angeles. In 82 games, he finished with a 55.8 field-goal percentage, 16.1 rebounds and eight rebounds per game last season.

The Lakers will check in on him, but their focus will first be on the likes of James, George and Cousins. As a result, teams like the Mavericks and Suns may look to strike early and force the Lakers to make a decision early. That would lead to the Lakers passing and Randle free to sign with another team. 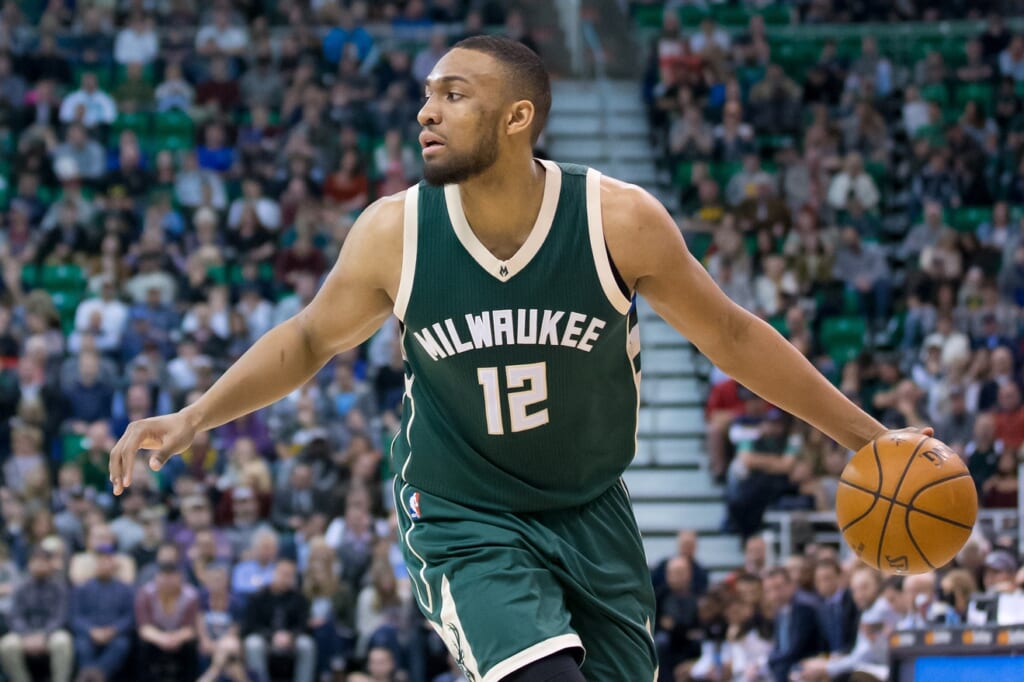 Parker’s potential ability to cash in this offseason is limited by two factors. First, he already suffered two torn ACLs in his career. Second, Milwaukee can match any offer he receives.

The 23-year-old averaged just 12.6 points and 4.9 rebounds per game in 24 minutes per contest in 2017. The addition of Mike Budenhozler as Milwaukee’s head coach should make Parker feel more encouraged about a return to Milwaukee.

LaVine returned from a torn ACL and showed bursts of brightness. In 24 games, Chicago’s guard averaged 16.7 points, 3.9 rebounds and one steal per game with much of his original explosiveness still there.

Unfortunately, the 23-year-old also was extremely inefficient as a shooter with the Bulls. He finished the season with a 38.3 field-goal percentage, a dramatic step down from his 45-plus percent rate in his previous two seasons with the Minnesota Timberwolves. Chicago will let the market set LaVine’s price, but in the end a return on a short-term deal seems likely.

Injuries have married Evans’ career in recent seasons, but he stepped up in a big role for the Grizzlies last season. The 28-year-old averaged 19.4 points, 5.1 rebounds and 5.2 assists per game, his best season since he finished with a 20-5-5 line as a rookie in 2009-’10.

Evans will have his choice of teams this offseason, the opportunity for a payday or to be a key piece of a rotation for a contender. What might turn out to be a quality fit for both Evans and the team is Golden State, where he could provide efficient and versatile scoring off the bench.

Nurkic will encounter a tough market in free agency due to a variety of factors. The center market is overloaded via the draft and free agency, which will leave him waiting for teams to sort through the higher-end selections. Even after that, Portland’s right to match any offer he receives will also hurt some of his market.

On a positive end, this is still just a 23-year-old big man who averaged 14.2 points, nine rebounds and one block per game last season in Portland. Ideally, he’d land on a team where he could be part of the young core and be challenged to become a more consistent and involved player. Portland will monitor his market closely, but teams like the Atlanta Hawks and Washington Wizards could emerge as potential fits. 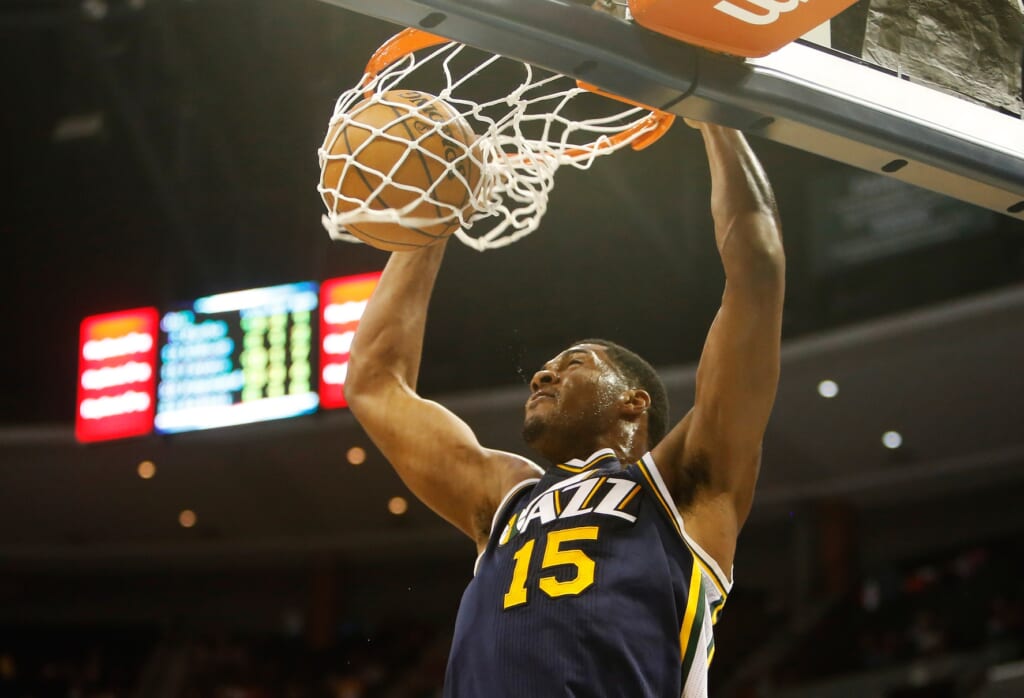 The No. 3 pick in the 2010 NBA Draft, Favors found himself in a limited role with the Jazz last season. When he drew the start at center with Rudy Gobert out (23 games), he played very well, averaging 14.9 points, 8.6 rebounds and 1.3 blocks per game with a 58.5 field-goal percentage.

It’s about time for Favors to find a larger role, and given Utah’s other areas to address this offseason, his days with the Jazz may be over. Even then, the 26-year-old has plenty to offer and could be especially appealing for playoff teams who need an athletic big man. Washington, Golden State and Milwaukee are just a few teams who could be fits for Favors.