With the 2017 Pro Football Class now inducted, it’s time to look forward to next year in Canton. First-time eligible candidates such as Randy Moss and Ray Lewis are sure to get the call. But there are some long-timers who could very well find themselves with a jacket come next summer.

From an all-time great guard in Green Bay to a mainstay on a dominant 70s-era Steelers defenses, here are the top 15 Pro Football Hall of Fame candidates for 2018. 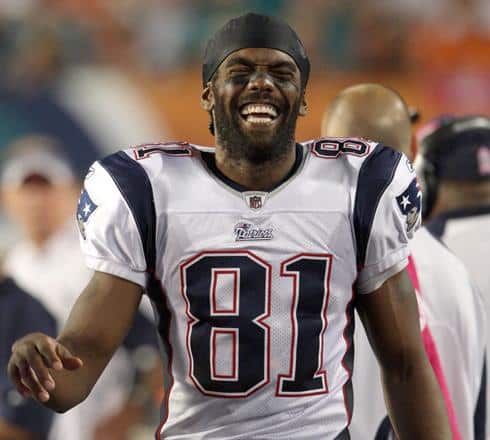 A legend. Unquestionably a first-ballot Hall of Famer and one of the greatest receivers to ever suit up. Moss finished his career ranked No. 3 in league history in receiving yards (15,292) and second behind only Jerry Rice in receiving touchdowns (156). He earned six trips to the Pro Bowl and accounted for 1,000-plus yards 10 different times. Moss also led the NFL in touchdown receptions a whopping five times and arguably put up the best season in NFL history with the Patriots back in 2007.

Some might say that Lewis’ candidacy could be impacted by an obstruction of justice plea surrounding a murder case. That’s the off-field issues relating to this all-time great. On the field, he showed himself to be one of the single greatest defensive players to ever suit up.

In 17 seasons with the Baltimore Ravens, Lewis earned 13 trips to the Pro Bowl and seven First-Team All Pro honors. He’s also a two-time Super Bowl champion and won NFL Defensive Player of the Year honors twice. Needless to say, Lewis’ resume speaks for itself.

Now a half century removed from playing his last game in the NFL, Kramer is considered by many the greatest player in the league that has not yet been inducted into the Hall of Fame.

In 11 seasons with the Packers, Kramer earned First-Team All Pro honors four times, led six top-five rushing offenses and opened up gaping holes for the likes of Jim Taylor and Tom Moore. Did we mention Green Bay earned five titles during Kramer’s tenure with the team? 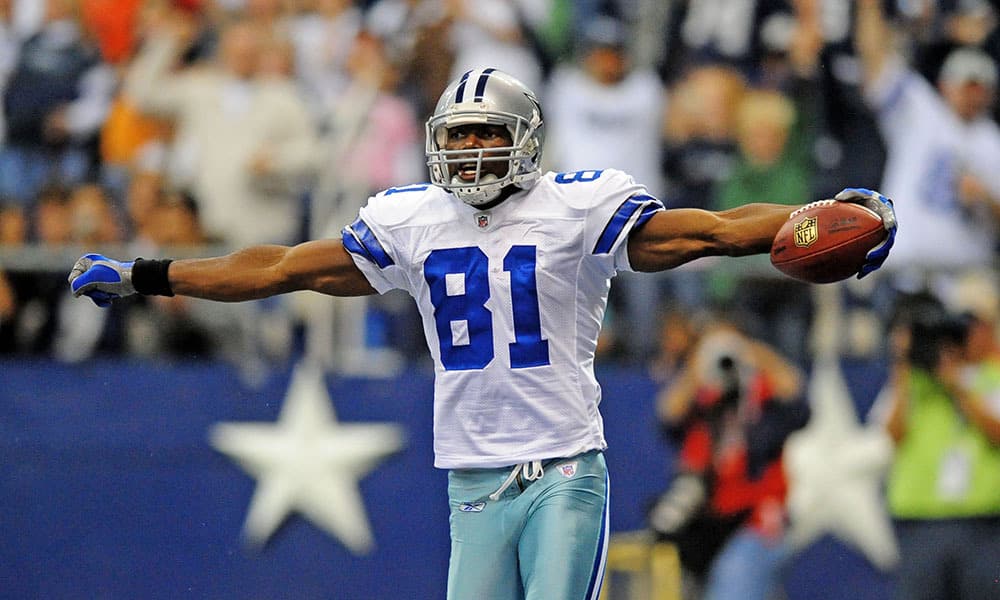 We already know Owens’ stance on him being robbed a Hall of Fame jacket his first couple years of eligibility. And for good reason. Despite his on-field antics and issues with the media, Owens more than proved himself to be among the game’s greats. He finished his 15-year career that spanned five different teams ranked eighth in league history in receptions (1,078), second in receiving yards (15,934) and third in receiving touchdowns (153). Owens also recorded 1,000-plus yards nine times while leading the league in touchdowns three times. If those aren’t Hall of Fame numbers, we’re not too sure what are.

A five-time Pro Bowler during his 16-year career with the Tampa Bay Buccaneers, Barber was the face of a defense that might have been the most-dominant in the recent history of the league. Back in 2002, he recorded 79 tackles to go with 20 passes defended in helping Tampa Bay’s defense yield an astonishingly low 12.3 points per game. The previous season saw him lead the NFL with a whopping 10 interceptions. One of the greatest ball-hawking corners in league history, Barber is surely suited for the Hall six years after his retirement.

For a good 12-year span, Urlacher was right up there with Ray Lewis as the best linebacker in the game. In fact, an argument could be made that he finished his stellar career as a top-five all-time middle linebacker. That’s not hyperbole. That’s just how good he was.

The former first-round pick recorded 100-plus tackles eight different times throughout his career. He also earned eight Pro Bowl appearances and helped lead the Bears to their first conference title since the mid 80s. He wasn’t flashy, but Urlacher did everything and more on the field to finish his career as one of the greatest players in franchise history. 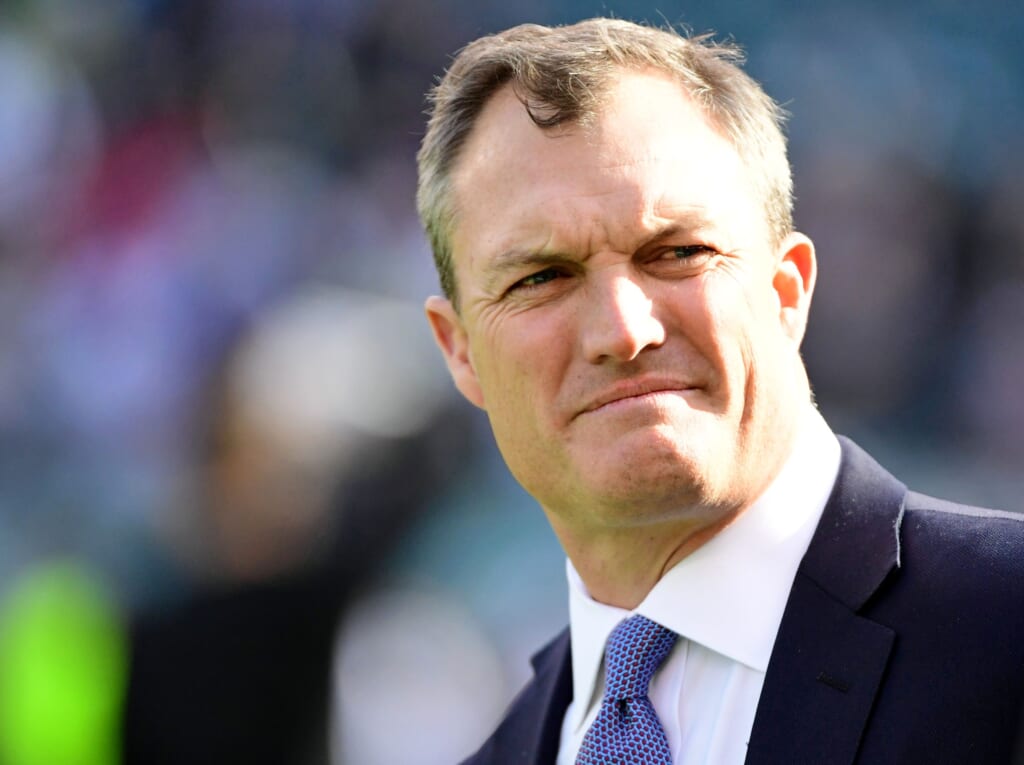 Now the San Francisco 49ers’ general manager, Lynch proved his worth as one of the greatest safeties to ever play during a dazzling 15-year NFL career that included nine trips to the Pro Bowl and multiple First-Team All Pro honors.

He was right there with Warren Sapp and the aforementioned Ronde Barber as a mainstay on the Bucs squad that earned the Super Bowl title following the 2002 season. All said, Lynch finished his career having recorded 26 interceptions and 16 forced fumbles. He was a finalist for the jacket last year.

A two-dimensional running back before they became popular, Craig was a key cog on the San Francisco 49ers’ teams that earned four Super Bowls in the 1980s. Craig himself won three titles, compiling 410 total yards and averaging 5.7 yards per touch in those three Super Bowls. Starting in 1983, Craig put up 1,300-plus total yards in seven consecutive seasons.

He also became the rare running back to put up 1,000-plus rushing and receiving yards in the same season, leading the NFL in total yards with 2,066 in 1985. Craig would finish his career with 8,189 rushing yards to go with 566 receptions.

A mainstay on the championship-winning Steel Curtain Pittsburgh Steelers defenses of the 1970s, Greenwood earned four Super Bowl titles, six Pro Bowl appearances and three All-Pro honors during his 13-year career in Pittsburgh. He was also named to the NFL’s All 70s Team and the All-Time Steelers Team.

And while sacks were not an official stat, he did allegedly record five quarterback take downs in four Super Bowl appearances. There’s absolutely no reason why the late-great Greenwood is not in the Hall of Fame. 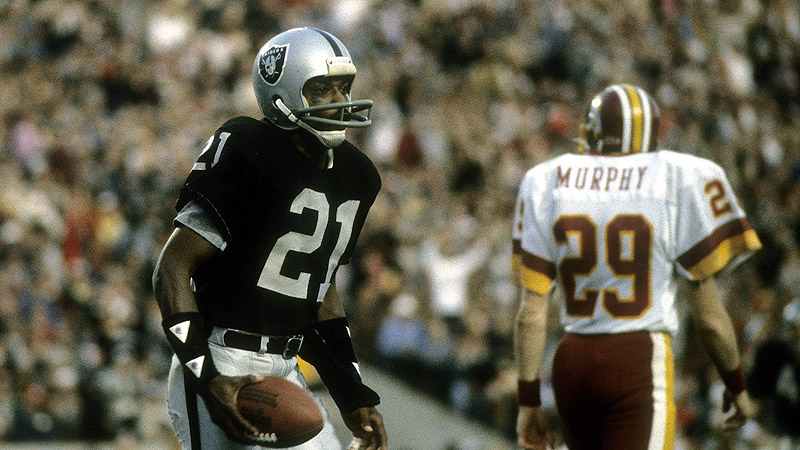 One of the fastest receivers of his time, Branch played a huge role in the Raiders’ success of the 1970s. From 1974-77, Branch earned three All-Pro honors and made the playoffs all four years. That very same span saw him average nearly 20 yards per catch while leading the NFL in touchdowns twice.

It’s not a coincidence that Oakland won one Super Bowl and earned four trips to the conference finals during this span. Branch himself was a primary reason for this success, adding mystique to one of the most-historical teams in league history.

The hog among all other hogs, Jacoby played left tackle for the Washington Redskins throughout his 13-year NFL career. He earned four consecutive trips to the Pro Bowl in the 80s, acting as a primary component along one of the greatest offensive lines in NFL history. Jacoby’s All Pro performance in 1983 helped Washington earn the NFC championship with a 14-2 mark. He was also one of the major reasons Joe Theismann put up a career-best performance that season. He might not be an all-time great offensive lineman, but Jacoby redefined the importance of the left tackle position in the modern NFL.

Yet another former member of the Raiders that’s not in the Hall of Fame. It’s become somewhat of a joke around NFL circles, especially after Ken Stabler himself wasn’t inducted until he passed away. For his part, Hayes represented a new breed of cornerback during his decade with the Raiders.

Here’s a guy that racked up 13 interceptions en route to being the best player on a Raiders team that won the Super Bowl against Philadelphia following the 1980 season. It was the first of five consecutive Pro Bowl appearances for Hayes, who remains one of the top cover guys to ever take to an NFL field. It’s a sham that he’s not currently in Canton.

Nine consecutive Pro Bowl appearances, six of which culminated in this former first-round pick from LSU earning All-Pro honors. For a good decade span with the Steelers, Jets and Cardinals, Faneca was the best interior offensive lineman in the game. And while players at this position don’t normally receive a ton of praise, he was a primary reason his teams had so much success on the ground.

He ultimately opened up holes for the likes of Jerome Bettis, Willie Parker, Thomas Jones and Tim Hightower throughout his career. These are most definitely not some of the greatest backs to play the game. Despite this, Faneca-led offensive lines helped create six different top-10 rushing attacks. 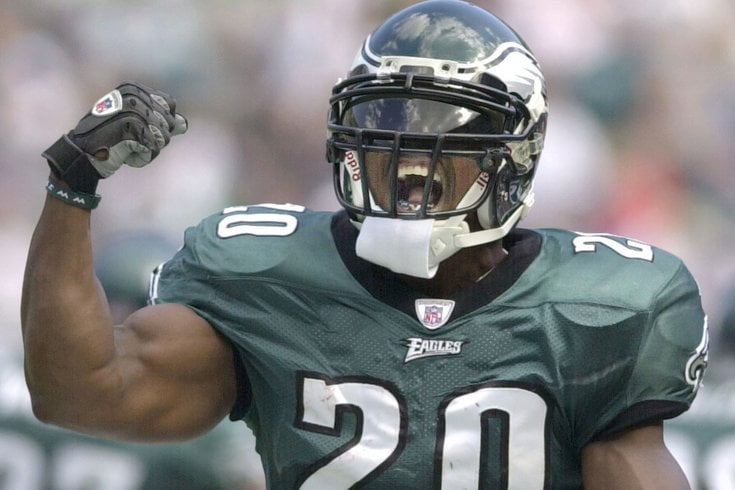 One of the best pure cover guys in the NFL during his time, Dawkins could have easily played cornerback. Instead, he took over as the face of the Eagles’ defense, playing center field from the free safety position. During his 13 years in Philly, Dawkins recorded over 1,100 tackles to go with 37 interceptions and 36 forced fumbles.

He was a ball-hawk in the true sense of the word and it showed in the safety earning nine Pro Bowl appearances, including two in his final three seasons in Denver.

Boselli is limited by the fact that he played just seven seasons in an NFL career that was cut short by injury. Boselli was absolutely dominating in the six full seasons he played in Jacksonville. He earned Pro Bowl trips in each of his final five seasons, taking home First-Team All Pro honors three times during that span.

What made Boselli so darn good was the fact that he was equally as dominating in terms of run-blocking as he was in pass protection. The first-ever pick in Jaguars history, an argument could still be made that he’s the best player to ever suit up for the franchise.