Eight players worth watching in Hall of Fame Game

The Arizona Cardinals and Dallas Cowboys are getting the 2017 NFL preseason kicked off Thursday night for the Hall of Fame Game. Unlike last year’s game, the field is in tremendous shape, but we won’t see many starters play, if any at all.

Bruce Arians has already declared his starters won’t see a single down of action. Meanwhile, Jason Garrett wasn’t ready to make that kind of statement as of Tuesday after practice.

“I will not make that declaration right now,” Garrett said, per David Moore of SportsDay.

Still, given the risk of injury in what will be an extra preseason game for both teams, we’d be stunned if Garrett let his starters play.

With that in mind, are there any players worth tuning in to watch? Yes. There most certainly are. We’re taking a look at the guys — all youngsters — who will still make Thursday night’s Hall of Fame Game worth watching.

One of the more unheralded receivers with game-breaking abilities this past draft cycle, Williams wasn’t invited to the combine because of off-field issues. However, this Grambling State product (90 catches for 1,337 yards and 11 touchdowns last year) is loaded with potential, which is why Arizona was willing to take a risk drafting him in the third round.

Though, so far, head coach Bruce Arians has already had to send a stern message to the rookie, who isn’t in the best shape right now: Shape up and fly right, or there won’t be a role for you in the offense. We’re betting Williams gets plenty of work Thursday night as the starters watch from the sideline. He has a lot to prove. 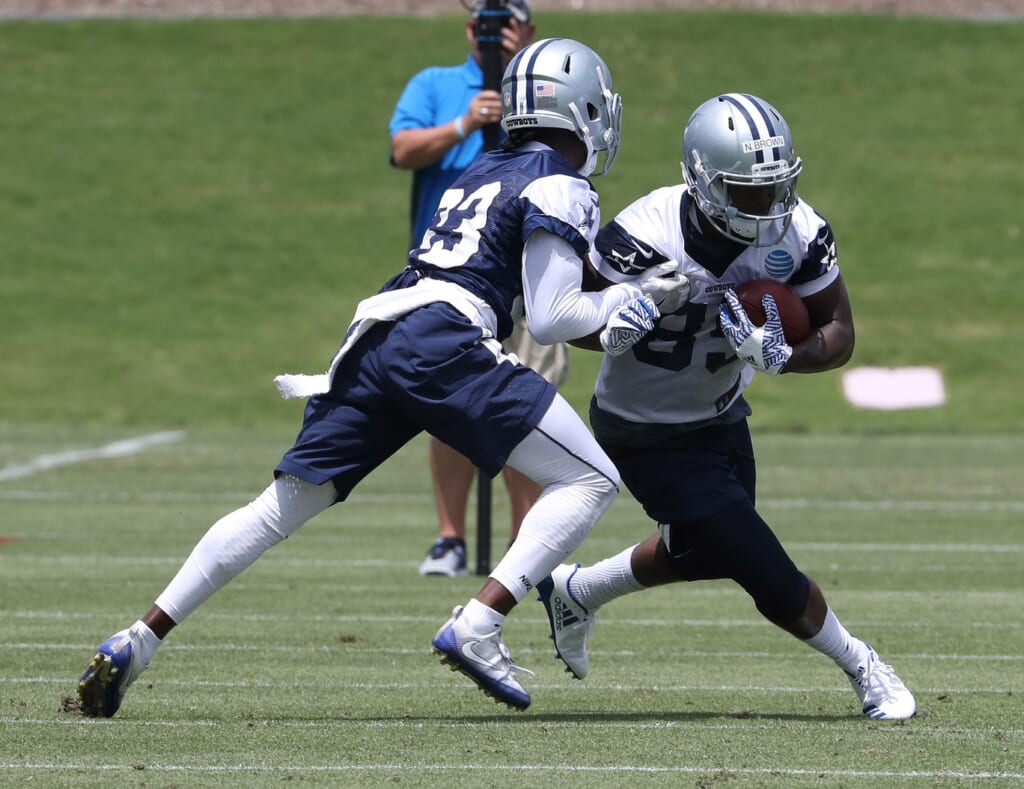 The Cowboys might have gotten a big-time steal landing Brown in the seventh round this past April. The former Ohio State receiver excels when it comes to making absurd catches (like this) and was downright unstoppable at times last year. He finished his sophomore campaign with 32 receptions for 402 yards and 7 touchdowns.

Fellow rookie Ryan Switzer would be on this list if he weren’t staying behind on this trip with a hamstring injury. While he rests up, Brown will have an opportunity to show he’s more than just a splash-play receiver. Consistency was an issue during his tenure with the Buckeyes, which won’t be tolerated at the pro level.

While Reddick is officially penciled in as the starter in Arizona, he wouldn’t be if Deone Bucannon were healthy right now. So he’s going to play, at least a little bit, to open the game. And of all the players worth tuning in to watch, he’s our favorite.

Blessed with sideline-to-sideline speed, Reddick is going to fit in perfectly with how Arizona loves to attack the ball defensively. He was one of the best overall defenders coming out of college last year and should become a star at the next level, sooner rather than later.

The Cowboys are really, really, desperately hoping Charlton pans out as a legitimate pass-rushing threat off the edge. It’s been a huge area of weakness for the team the past few years, which is why Jerry Jones allowed himself to sign Greg Hardy a couple years back, much to his chagrin later on.

Charlton was somewhat of a one-year wonder at Michigan. His first three seasons saw him manage just nine sacks. Then last year he broke out with 10 sacks to go along with 40 tackles, including 13.5 for a loss. He’s not an elite, freak athlete, however, and doesn’t have a full repertoire of pass-rushing moves. So it’s going to be very interesting to see how he pans out this year, and in the years to come.

While Carson Palmer sits this one out, Blaine Gabbert will play the entire first half, while this undrafted rookie out of Texas Tech (and Oklahoma, before that) will play out the second half.

We all know Gabbert isn’t going to help the Cardinals win games if Palmer gets injured this year. And Drew Stanton isn’t exactly a thrilling option, either. Knight probably won’t make the final cut. He wasn’t accurate in college (55.5 percent) but does have a strong arm and can be absolutely lethal outside the pocket. It’s going to be fascinating to see how he performs at the NFL level. Inaccurate college quarterbacks don’t usually do well, but he’s a fighter who will be at the least entertaining to watch.

The Cardinals don’t have a monopoly on uber-exciting rookie defenders. Awuzie has been blowing the coaching staff away and seems to have a real nose for the ball early in camp — hardly surprising if you watched him dominate at Colorado, where he always seemed to get his hands on the ball.

A raw player with unlimited potential and a smart football mind, Awuzie has been (by far) the most impressive young player on Dallas’ roster this summer. He could potentially end up as a safety or corner, and it won’t be all that surprising to see him line up at both spots Thursday as the coaches test him out. 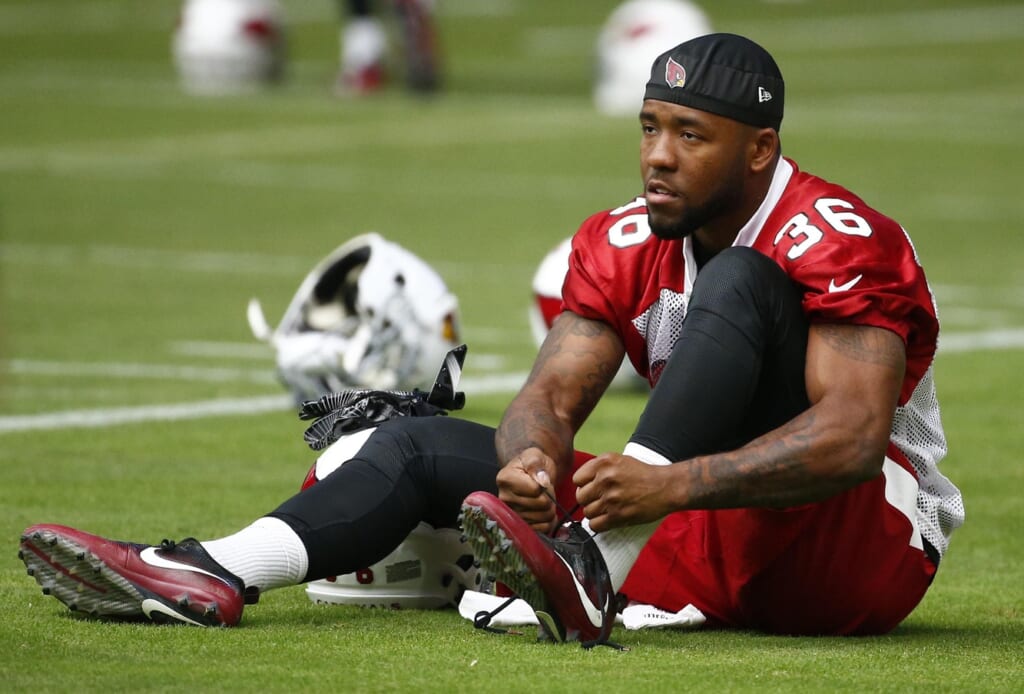 Speaking of talented defensive backs, Baker is going to give Arizona’s coaching staff something to chew on all summer as it relates to the starting lineup. He missed the offseason program because of a rule that prohibits players from attending if college classes are still in session but says he’s not far behind.

Baker can do it all at safety. He is a stud near the line of scrimmage and isn’t shabby on the back end. Even better, especially as it pertains to his role with the aggressive Cardinals, he’s a deadly blitzer, too.

When Barry Church and J.J. Wilcox both left in free agency, it left a huge void in talent at safety. As we mentioned, Awuzie might be one player to help in this regard, but the Cowboys would likely rather see him excel at cornerback. One player that could help with all this is Woods, who was unheralded as a sixth-round pick out of Louisiana Tech.

Woods produced at a high level four years in a row in college. He finished with 14 interceptions, which were returned for a total of 325 yards (school record). If the ball-hawking defensive back can continue to make big plays this preseason, then he’ll not only make the roster but could become an integral player for this team.