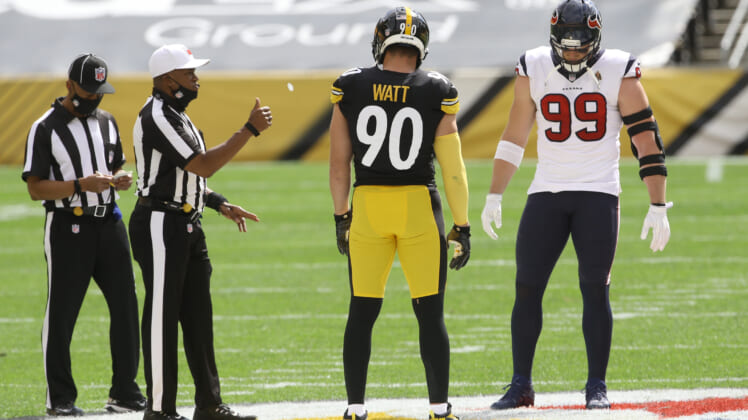 Even though Pittsburgh Steelers pass rusher TJ Watt has been a dominant force over his first five seasons in the NFL, he still believes what he has done so far — including winning the 2022 defensive player of the year award — pales in comparison to his brother JJ Watt at the height of his powers.

Following a solid season of development in his rookie year in 2017, TJ Watt has become one of the preeminent quarterback terrors in the NFL. He has gone to four straight Pro Bowls, earned All-Pro honors the last three seasons, and topped it all off in 2021 by tieing New York Giants great Michael Strahan for the single-season sacks record of 22.5.

The man is a beast and hasn’t had less than 13 sacks over the last four seasons. What he brings to the table as a pass rusher and how teams must strategize solely for him places him among the true elites of the sport. And all signs point to an eventual induction to the football Hall-of-Fame if he keeps this up.

However, the 27-year-old believes what he has done for the Pittsburgh Steelers in recent seasons is still nothing compared to what his sibling JJ Watt accomplished over his first five seasons.

Pittsburgh Steelers JJ Watt on his brother TJ: ‘The guy was frickin’ unstoppable’

TJ Watt is entering his eleventh season in the league, and when healthy he is still a dangerous veteran pass rusher. However, like his younger brother, he was a monster during his first five years in the NFL.

While he never tied the single-season sack record of 22.5, TJ Watt twice eclipsed the 20 sack mark in his first five seasons, including in his sophomore year in 2012. What TJ did as a one-man wrecking crew for the Houston Texans is why JJ explained during a Tuesday appearance on “The Pivot” that his best still isn’t quite to the level of his older sibling in his prime.

Like his younger brother, JJ Watt went to four straight Pro Bowls after his rookie year. But he did top TJ Watt by being an All-Pro in those years while the Steelers star only earned those honors on three occasions. However you slice it, pass-rushing greatness clearly runs in the family. 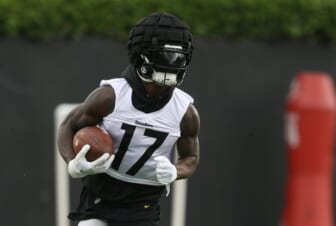