Pittsburgh Steelers GM to Ben Roethlisberger: ‘We have to look at situation’ 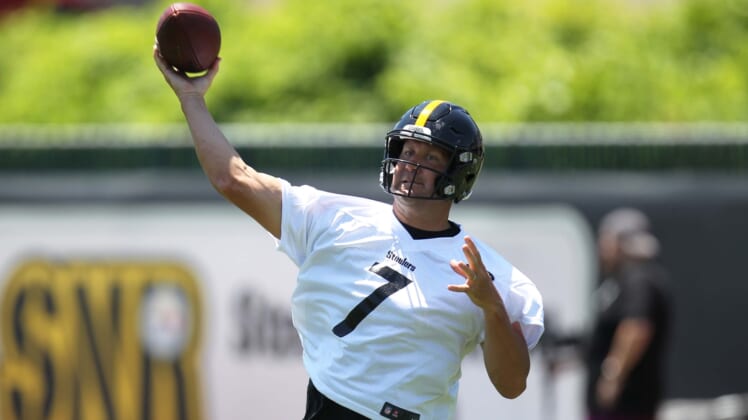 Colbert said Wednesday that Roethlisberger stated his desire to be part of the team in 2021. Ultimately, however, the decision might not be Roethlisberger’s to make as Colbert repeated to the quarterback the message Rooney already had delivered — there are no guarantees.

“He reiterated to us that he wants to continue to play. We told him we have to look at this current situation,” Colbert said.

Colbert also couched Roethlisberger’s spot on the roster with an ominous qualifier: “As we sit here today.” He said the primary factor that must be resolved before talks can continue is the team’s overall salary cap situation.

The conversation was the first between the two sides since the retirement of center Maurkice Pouncey. Previously, Roethlisberger’s agent said Pouncey’s return to the Steelers would be a factor in the quarterback’s decision to continue playing.

Rooney said in January that Big Ben’s 18th season with the Steelers could not come with the contracted $41.25 million salary-cap hit. Roethlisberger is due to earn $19 million next season, with $4 million in salary and $15 million coming as a roster bonus on the third day of the 2021 league year.

“We’ve left that door open,” Rooney said. “We’ve been up front with Ben in letting him know that we couldn’t have him back under the current contract.”

Roethlisberger, who turns 39 in March, threw for 3,803 yards with 33 touchdowns against 10 interceptions in 15 games this season. The two-time Super Bowl champion and six-time Pro Bowl selection said after Pittsburgh’s wild-card playoff loss to Cleveland on Jan. 10 that he has not made a decision about his future.

Roethlisberger threw for 501 yards with four touchdowns and four interceptions in the 48-37 loss to the Browns.

Roethlisberger’s agent, Ryan Tollner, reiterated last month to the Pittsburgh Post-Gazette that the longtime Steelers star would be amenable to making things work for the team.

“Ben knows he has more left, but having key players back, like (Maurkice) Pouncey, will be important,” Tollner told the Gazette. “Ben’s contract won’t hold things up. We told them immediately after the season we will make any necessary adjustment to help their cap situation in 2021.”

Roethlisberger has thrown for 60,348 yards with 396 touchdowns and 201 interceptions in 233 career games since Pittsburgh selected him with the 11th overall pick in the 2004 draft.