Pittsburgh Steelers and Diontae Johnson in ‘conversations’ on extension: How a deal might look 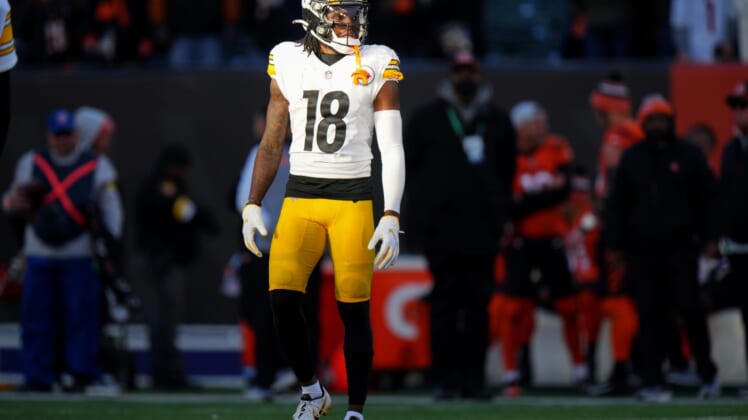 The Pittsburgh Steelers and training camp hold-in Diontae Johnson are in “conversations” to keep the 2021 Pro Bowler in yellow and black long-term.

This offseason has been one of the best ever when it comes to wide receivers getting huge long-term extensions. Beyond elite receivers like Tyreek Hill and Davante Adams earning record-breaking deals after being traded, a whole bunch of young receivers like DK Metcalf, Hunter Renfrow, and Deebo Samuel were given their first big paydays over the last few months.

With this being the most financially beneficial time to be a pass catcher, some players have chosen the route of holding in at training camp instead of holding out. Meaning they are unhappily in attendance but won’t take part in many team activities. The idea worked well for Samuel as he was awarded a three-year deal worth $71.6 million last week.

Now, Steelers rising star wideout Diontae Johnson is doing the same and refuses to risk serious injury in the fourth and final year of his rookie contract. While a deal doesn’t seem imminent, on Tuesday, Steelers general manager Omar Kham informed The Athletic that the two sides are in the process of putting together a deal that keeps one of the best young receivers in the sport in Pittsburgh for many years to come.

What could a Pittsburgh Steelers and Diontae Johnson extension look like?

To get an idea of what Johnson may land contract-wise in the near future, you have to look back at some of those massive aforementioned paydays handed out around the league. As mentioned before, Samuel — a man who had an absurd 2021 — got three years and $71 million. Following his trade from the Titans to the Eagles, fellow four-year man AJ Brown signed a new contract for four seasons and $100 million. Commanders star Terry McLaurin got a three-year $68 million pact and the Seahawks Metcalf put pen to paper on the three-year $72 million contract.

Kudos to Brown for getting $100 million from the Eagles, but their Pennsylvania neighbors are unlikely to hand out quite as much money. Johnson is likely to earn a deal very similar to McLaurin and Metcalf since his tenure and numbers are similar to theirs. 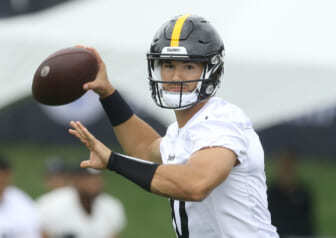 Leaving the possibility of a three-year $69.5 million deal, or a four-year deal worth $93 million contract with only three of those years being guaranteed.