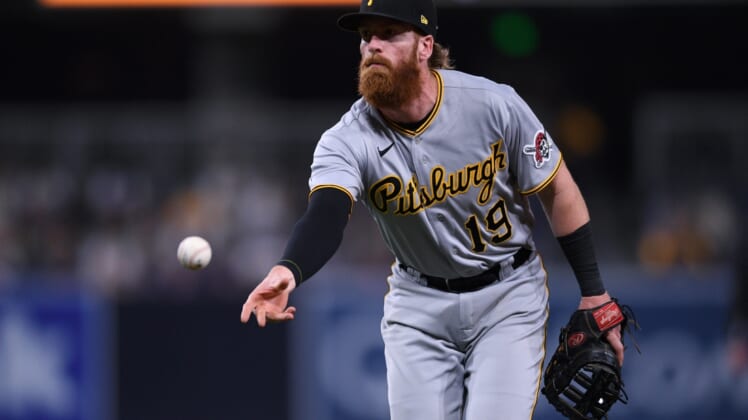 Pittsburgh Pirates first baseman Colin Moran has been reinstated from the 10-day injured list ahead of Sunday’s game against the visiting Miami Marlins.

Moran had been on the injured list since May 9 with a left groin strain.

The 28-year-old went 3-for-9 with a home run and six RBIs in his three rehab games with Triple-A Indianapolis. Prior to the rehab stint, Moran had been hitting .297 with seven doubles, four homers and 19 RBIs in 32 games with the Pirates.

Per MLB.com on Sunday, Pirates manager Derek Shelton said right-hander Mitch Keller will be placed on the COVID-19 injured list.

Also on Sunday, left-hander Austin Davis was reinstated from the 60-day injured list after being sidelined since the start of the season with a left elbow sprain. He registered a 0.00 ERA and struck out 10 batters without allowing a hit in five relief appearances with Indianapolis.

Related: If you’re a fan of the Pirates, check out #Pirates rumors, rankings, and news here.

The Pirates optioned infielder Cole Tucker after the 24-year-old went 2-for-15 with one RBI in eight games (three starts).