After a strong start to the season, the Phoenix Suns’ season has gone off the rails. Injuries to multiple key rotation players have left them depleted, and their on-court play has suffered as a result.

Even with this current rough patch, the Suns are still a middle-of-the-pack team in the Western Conference. Their 25-24 record has them in the No. 7 spot, and they are just 1 1/2 games back of a top-four seed entering the Wednesday games.

Once the roster is back to full strength, Phoenix has a chance to climb back up the ranks in an air-tight West. With that in mind, they are a team to watch in the weeks leading up to the February 9 trade deadline. NBA insider Marc Stein recently reported three possible targets for the Suns as they attempt to get back in the realm of contention.

Among the guards mentioned by Stein was Terry Rozier of the Charlotte Hornets. LaMelo Ball missing significant time has hurt the Hornets and turned them into a possible seller at the deadline.

Rozier, 28, is among the most appealing trade chips on the Hornets’ roster. He is currently posting a career-high 21.3 PPG to go along with 4.1 rebounds and 5.2 assists. Standing at 6-foot-1, Rozier can be a liability on the defensive end, but he does his best to hold his own. 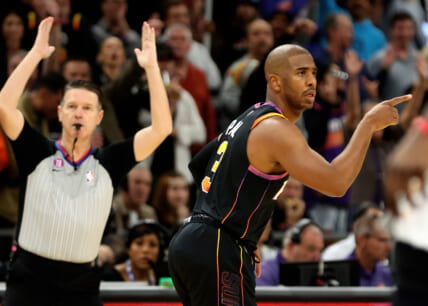 For the Suns, Rozier adds scoring punch the team desperately needs right now. He is also a good fit as their third guard, given that he can play alongside both Devin Booker and Chris Paul.

One thing that might deter a trade like this from happening is the contract. Rozier is in the first year of a four-year, $96 million deal. Matching his $21.4 million salary for this year could be an issue for Phoenix.

A much cheaper and more realistic option from Stein’s report was New York Knicks guard Immanuel Quickley. The former first-round pick has shown promise in his early career and continues to improve.

Quickley is posting averages of 12.4 PPG, 4.0 RPG, and 3.2 APG this season. The 23-year-old is also shooting 33.3 percent from beyond the arc on close to five attempts per game.

Similar to Rozier, Quickley is someone who could come in and thrive alongside either Booker or Paul. He can take spot-up shots from beyond the arc and is comfortable putting the ball on the floor and creating for himself. Most importantly, he fits with the team hierarchy as he’d become a sixth man at best.

A downside to a deal like this for the Suns is that they’d have to soon make a long-term decision with Quickley. After this season, he is set to become an unrestricted free agent. They’d have the chance to match any offer sheet, but the young guard will likely have a decent-sized offer come the offseason.

The final and most eye-popping name on the list is Fred VanVleet. With the Toronto Raptors struggling this season, many around the league are waiting to see what they do at the deadline.

If the Phoenix Suns wanted to push all in, this is the move to do it. VanVleet is in the prime of his career and brings championship experience to the table. 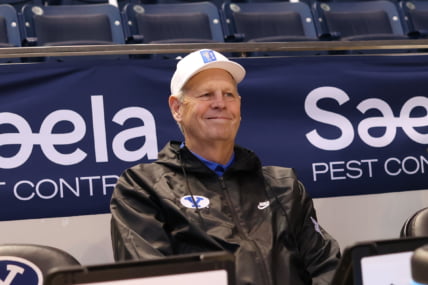 In 39 games this season, the Raptors All-Star is averaging 19.1 PPG, 4.3 RPG, 6.3 APG, and 1.5 SPG. His two-way play fits great alongside Booker and would give Phoenix one of the top backcourt duos in the league.

VanVleet has a high price tag this season and could become an unrestricted free agent in the offseason. Trading for him would be a gamble but one the Suns should consider.

It’s clear Father Time is starting to catch up with Chris Paul. His production has taken a dip, and he’s struggled to stay on the floor consistently. Given these factors, Phoenix should start to think about Booker’s backcourt partner for the future.

If the Suns could swing Paul to Toronto in a deal for VanVleet, they’d have the cap space to re-sign him in the summer. His two-way play should easily mesh with Phoenix’s roster while giving their star player a reliable running mate who knows how to win at the highest level.