Utah Jazz CEO Danny Ainge has earned a reputation around the league as a man you need to be very careful with when making trades, because there is a good chance he sees the future far better than his contemporaries.

The Jazz are one of the surprise teams in the league this season. They are 25-25 and own the eighth spot in the Western Conference side of the NBA standings. That is a shocking position after the organization traded away their top two players, Rudy Gobert and Donovan Mitchell, this offseason.

The moves were seen around the league as the team punting on 2022-2023 and diving into a complete bottom-up rebuild of the roster. Yet, the team has far surpassed all expectations as new head coach Will Hardy and his staff have turned Lauri Markkanen into the All-Star caliber talent he was projected to be when he was taken with the seventh pick in the 2017 NBA Draft.

Also Read: 2023 NBA All-Star Game to include draft immediately ahead of tip-off

While Mitchell has been a fantastic acquisition for the Cleveland Cavaliers, Rudy Gobert has been a disappointment for the Minnesota Timberwolves. Considering that fact, the horde of high-end draft picks acquired in the deals, their current record and the success of Markkanen — part of the return in the Mitchell deal — it looks like the Jazz won in the offseason.

That success has now seemingly set a tone with other executives around the league when it comes to potential deals with the Utah Jazz and their savvy CEO.

Teams blowing up their rosters in pursuit of a rebuild are often at a disadavantage. They are choosing to give up talented players with the hopes of rolling the dice to find new and cheaper stars in the NBA Draft. There is a high-level of risk in that strategy and it often doesn’t work.

However, when it comes to the Utah Jazz, the current team is already a solid unit and they haven’t even used any of the picks acquired in their trades this summer. In a way, it seems like the Jazz pulled the wool over other executives eyes, read the tea leaves for the future, and struck while the trade iron was hot. 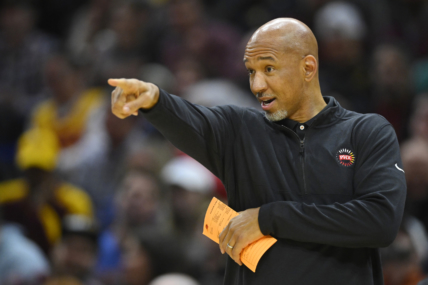 On Tuesday, NBA insider Marc Stein spoke about Utah’s smart moves in the offseason, and how two NBA executives have a new approach when it comes to possible trades with Ainge and the Jazz.

“They said that, in their respective organizations, there’s a half-joking (but also half-serious) policy when it comes to the Jazz CEO Danny Ainge that goes something like this: If Ainge is calling about a trade … let it go to voicemail.”

Ainge proved his brilliance as an executive when he helped put together the Boston Celtics team that won a championship in 2008, rebuilt the roster after that group aged itself out, and then laid the groundwork for the current squad that is the top team in NBA power rankings.

The Utah Jazz could very well be buyers and sellers at the NBA trade deadline, since the team is well ahead of schedule in 2023.