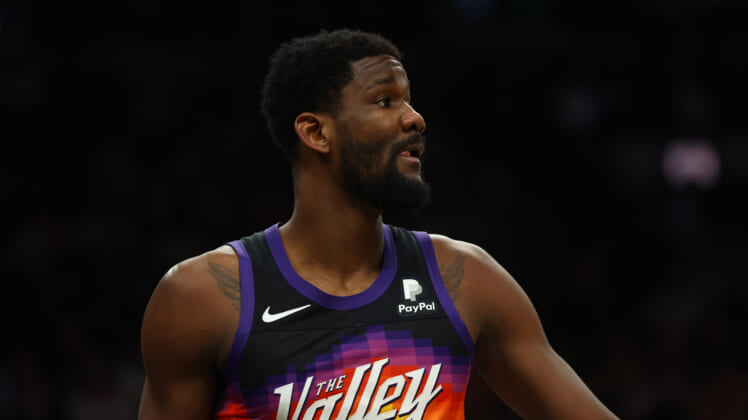 The Phoenix Suns finished with the best record in the NBA only to suffer a humiliating Game 7 loss in the Western Conference semifinals. Heading into a crucial offseason, decisions made this offseason will swing how much longer this team is a contender.

Heading into the NBA Playoffs, Phoenix was the team to beat. Led by NBA MVP candidate Devin Booker, all-time great Chris Paul and talented center Deandre Ayton, there were no excuses. The Suns dominated the regular season and with their stars healthy, everyone expected them to dominate the Dallas Mavericks.

Instead, the Suns blew a 2-0 series lead and then delivered a Game 7 performance at home that could only be described as embarrassing for the fans in attendance. It wiped away an opportunity to win an NBA championship, a chance at a ring by a team playing under an owner who has seemed to prioritize revenue over winning.

Let’s dive into the Phoenix Suns offseason and the few options this team has to turn things around before the 2022-’23 NBA season.

Most organizations in this situation would keep Deandre Ayton. He came up short in Game 7 and clashed with coach Monty Williams. However, Williams is likely willing to put that behind him with him and Ayton working on their communication. But Ayton is going to bet paid as one of the top NBA free agents this summer. Expected to approach a max contract, he is a valuable on-court piece for Phoenix.

But with the Suns already having $129 million committed in guaranteed salaries against a $122 million cap, matching a contract offer means owner Robert Sarver going deep into his pockets because of the luxury tax. Purely based on his history, that feels unlikely.

Isaiah Stewart posted a 112 Defensive Rating and a 1.8 Defensive Win Shares this past season in Detroit, averaging 25.6 minutes per game. Under contract through 204 with a $3.4 million salary, he’d be an affordable starting center for Phoenix.

Grant’s trade value takes a slight hit because he’s on an expiring contract. However, the 6-foot-8 forward would provide the Suns with additional scoring power. The move would also push a 32-year-old Jae Crowder into a bench more, one he might be a better fit for with his age. While the Suns lose some upside and talent, they gain significant financial flexibility long term. 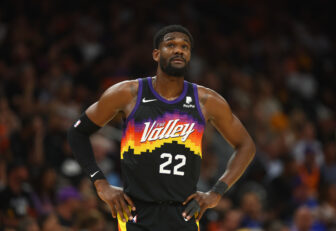 Chris Paul isn’t retiring and despite some wishes from the fan base, a trade isn’t happening either. The Suns are locked into his contract paying him $28.4 million next year and at least $15.8 million a year after. So, with the 37-year-old showing signs of decline and injury issues getting worse, Phoenix needs an insurance plan.

Delon Wright is a compelling target. He likely won’t find an opportunity elsewhere to be a starter, instead looking for the right offer financially on a competitive team. Offensively, Wright is an adequate player and the Atlanta Hawks rarely gave him the usage to prove otherwise. While he only averaged 8.5 points per game, he is still a net positive on that end of the floor.

Defense is the reason the Phoenix Suns need to pursue Wright. According to NBA.com’s John Schuhmann, Wright led the NBA Playoffs in on-off differential (46.4) through May 9. Atlanta had a +7.9 rating with Wright on the court and a -38.5 net rating when he was on the bench.

In FiveThirtyEight’s RAPTOR model, Wright had a +2.3 Defensive Score, ranking fifth among all point guards. Everyone saw what happened to Phoenix defensively against the Mavericks. The Suns need perimeter defense and Wright would provide it and great minutes behind CP3.

Phoenix doesn’t have any draft picks this year, so there won’t be any rookies the team must pay. However, the salaries of Cameron Payne ($6 million in 2022) and Landry Shamet ($9.5 million in 2022) are holding this team back.

Getting rid of them will be costly. However, sacrificing future picks to dump these deals feels like a move Sarver and the front office might be willing to make. Neither player is a worthwhile contributor and there are far better ways to use $15 million for a win-now team. If the Suns attach future picks, they shouldn’t have much trouble finding another NBA team willing to eat the contract this summer.