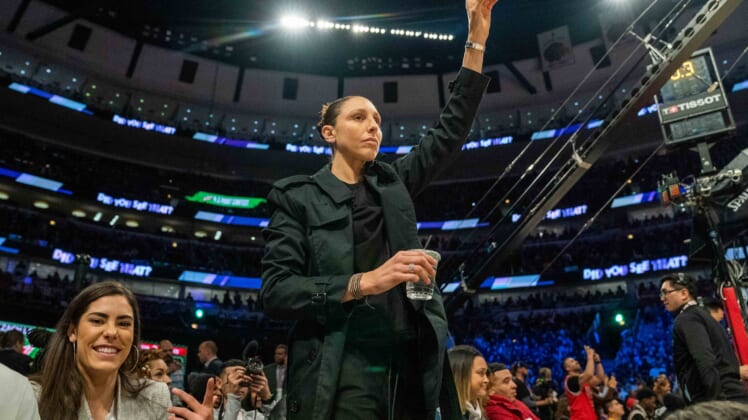 The Phoenix Mercury have announced they will be without their All-Star guard Diana Taurasi for the next four weeks following surgery to repair a sternum fracture.

Taurasi reportedly suffered the injury in a game against the Connecticut Sun on May 16 and would go on to play two more subsequent games in the aftermath.

Diana Taurasi had been averaging 15.8 points, 3.8 assists and 3.5 rebounds so far the season. Currently the WNBA’s all-time leading scorer, she is looking to become the first player to reach 10,000 points in her career with 8,994 points and counting so far.

Through four games, the Phoenix Mercury are currently 2-2 including a win in their opening game off a game-winner jumper from Taurasi. The next four weeks will see Phoenix play nine games with two 6-plus days of rest.

The Mercury have not missed the WNBA Playoffs since 2012. They will begin their journey to keep their streak alive when they play their first game without Diana Taurasi Wednesday evening against the Las Vegas Aces.