Robert Quinn dealt to the Philadelphia Eagles in latest blockbuster 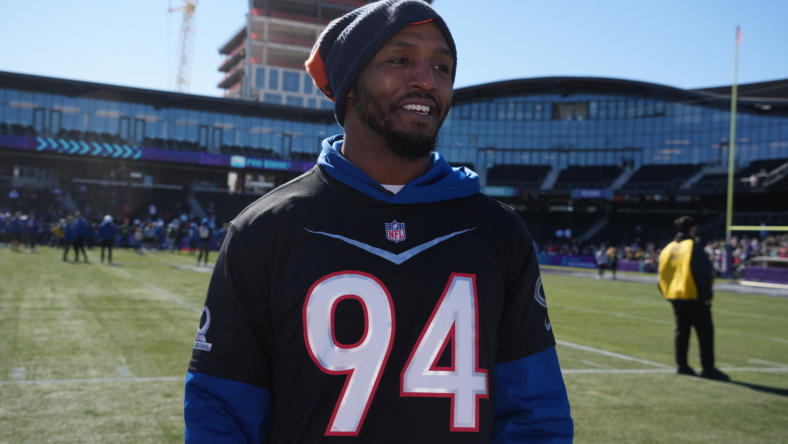 The undefeated Philadelphia Eagles have added an All-Pro pass rusher to the mix for the stretch run, acquiring veteran Robert Quinn from the Chicago Bears.

ESPN’s Adam Schefter reports that a mere fourth-round pick is headed back to the Windy City in this blockbuster trade.

The Eagles’ interest in Quinn has been known some time as the team attempts to upgrade a pass rush that ranks 12th in the NFL in sacks with 17 through six games.

Philadelphia was linked to Carolina Panthers star edge rusher Brian Burns. But it appears that Carolina’s asking price makes a trade on that front nearly impossible. It also kicked the tires on acquiring Christian McCaffrey from the aforementioned Panthers before he was dealt to the conference-rival San Francisco 49ers. However, the cost seemed to be way too much.

Robert Quinn to the Philadelphia Eagles

Quinn is a tremendous addition to the Eagles’ defensive front. While he has struggled to an extent getting going this season, the former first-round pick was among the most-productive pass rushers in the NFL last year.

This season, Quinn has recorded three quarterback hits, two tackles for loss and a sack in seven games. As mentioned above, he’s in the midst of a down season.

Though, that type of talent doesn’t die down within the matter of months. More than anything, Quinn’s struggles in 2022 could have to do with Matt Eberflus’ new defensive scheme in the Windy City. He should be a big addition to Philadelphia’s fourth-ranked scoring defense.

Free-agent signing Haason Reddick leads the Philadelphia Eagles with 4.5 sacks through six games. Veterans Brandon Graham and Fletcher Cox are second with three sacks each. The issue here is that they are merely part-time players at this stage in their careers.

Graham has not played in as much as 50% of Philadelphia’s defensive snaps in any of the six games this season.

Despite somewhat of a decline in production this season, Quinn is still playing in north of 65% of the Bears’ defensive snaps. At the very least, he gives Philadelphia another outside pass-rush option with Derek Barnett lost for the season to a torn ACL.